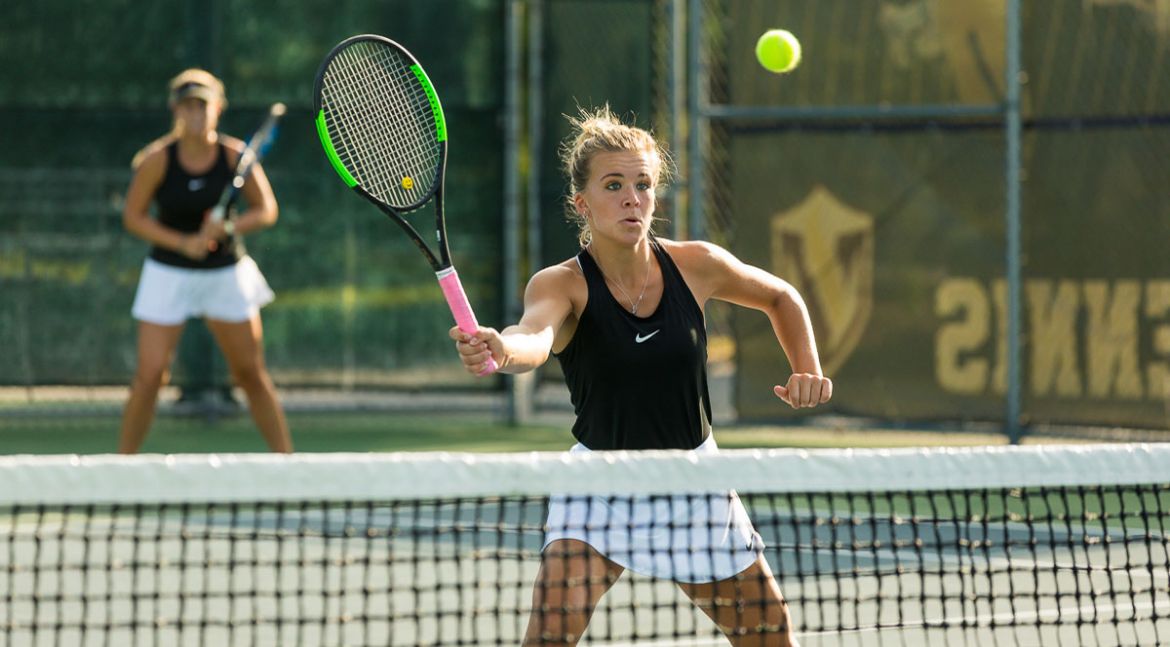 Claire Czerwonka topped her younger sister in the Flight 1 Singles championship on Sunday.

After going 12-0 in singles play on Saturday, the Valparaiso University women’s tennis team again swept through all singles matches against outside competition on championship Sunday at the DePauw Invitational in Greencastle. The only Valpo singles losses came in matches that pitted two Valpo teammates against each other, while the team won two of its three doubles showdowns on the final day of the weekend.

Valpo’s next two events will take place in Chicago, starting with the Cougar Invitational hosted by Chicago State. The two-day tournament starts on Saturday, Sept. 14.