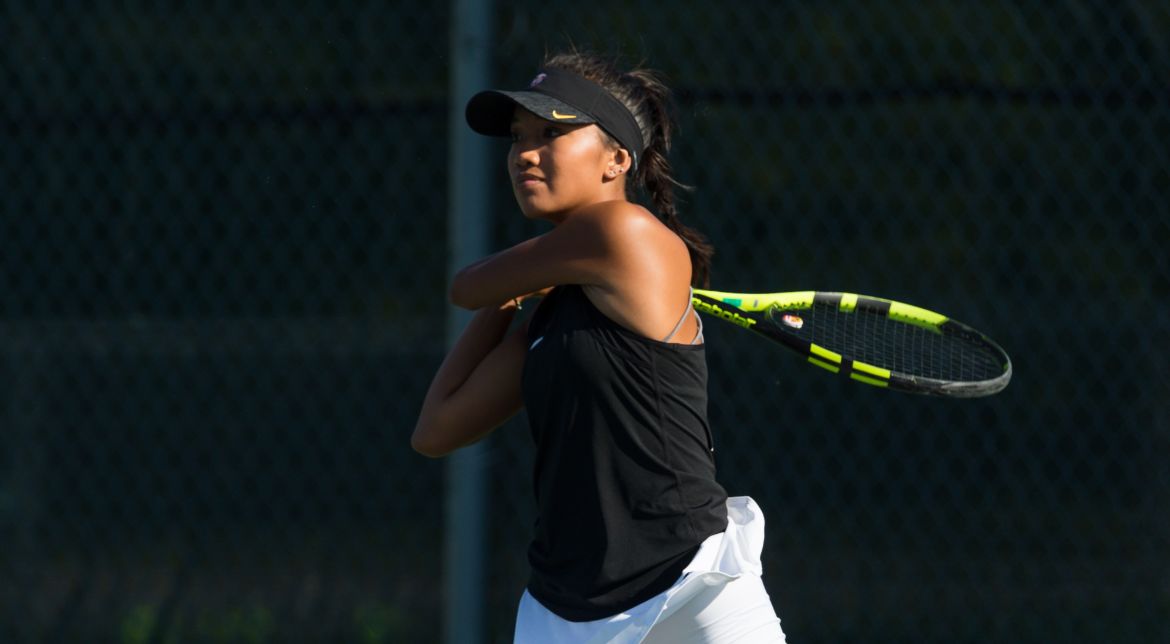 Amanda Tabanera moved into the sole ownership of the team lead in singles wins on Sunday.

The Valparaiso University women’s tennis team put together a competitive showing on Sunday afternoon in Indianapolis, but host Butler earned a 4-3 victory at the Butler Bubble in a matchup that went down to the wire. The doubles point proved pivotal when the two teams split the six singles courts. Valpo continued to show positive strides from last year’s results.

Valpo (3-1) will continue a stretch of five straight road matches to start the spring on Saturday, Feb. 8 at Milwaukee. The contest is slated to begin at 1 p.m.