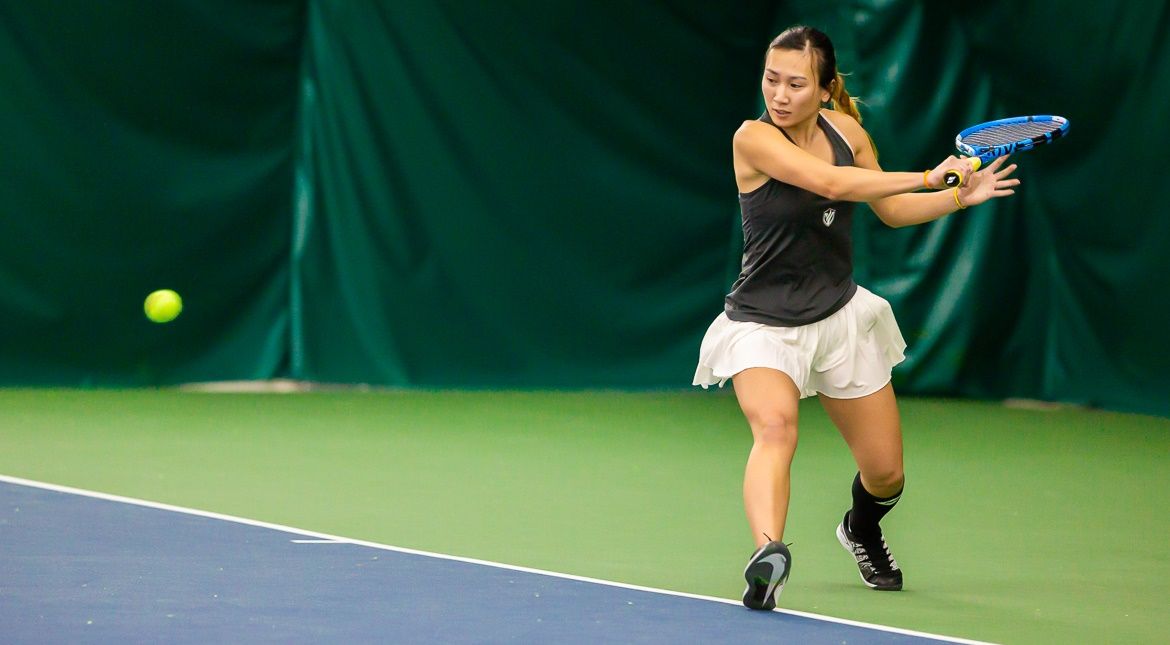 Senior Dao Sysouvanh picked up a straight-set win on Sunday.

The Valparaiso University women’s tennis team has already usurped its victory total from a year ago thanks to a 5-2 triumph over Eastern Illinois on Sunday afternoon at The Courts of Northwest Indiana in Valparaiso. Four of the six singles matches required a third set on a competitive afternoon of tennis that featured a strong showing from head coach Bob Modesto’s team.

“I’m so proud of the determination and fight that we played with today. I knew there was going to be a turn in the results with how well we’ve been playing in recent matches. It was very important to get back in the win column after losing some close matches lately. I see things continuing to go well for us in the future if we sustain our hard work and positive attitude.”

Valpo will play its second straight home match on Sunday, Feb. 23 against SIUE at 12:30 p.m. at The Courts of Northwest Indiana.