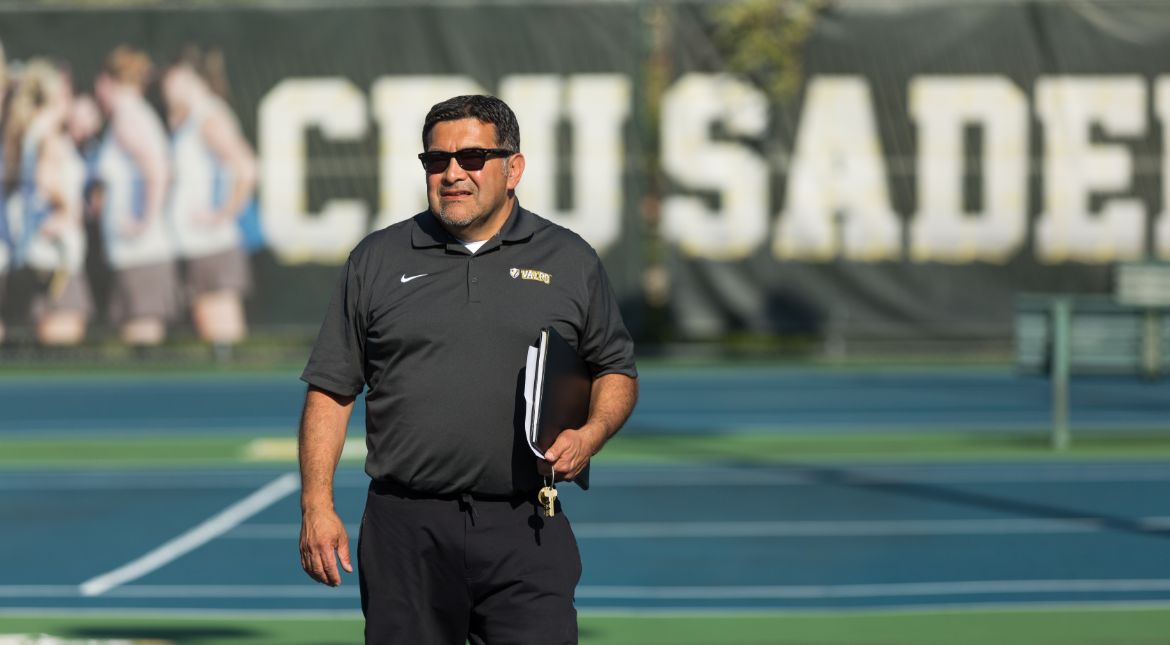 Claire Czerwonka went 12-11 in singles play and notched a 13-11 doubles mark. She finished the season ninth in program history (since 2000) in career doubles wins with 40. Through her junior season, she owns a doubles winning percentage of .488 that ranks 12th in the Valpo record book. Claire started the fall with four straight singles wins, three of which contributed to the Flight 1 Singles title at the DePauw Invitational in September. She garnered fifth place in the top singles flight at the MVC Individual Championships on Oct. 5.

Claire opened the spring season with a straight-set victory over IUPUI’s Gabrielle Ochalik on Jan. 18, avenging a loss to Ochalik from the previous season. She defeated Milwaukee’s Mayya Perova, the Horizon League Freshman of the Year and a member of the All-Horizon League First Team the previous season, in straight sets on Feb. 8 at the top singles spot. The Valpo junior won in straight sets against Hampton’s top singles player on March 4. The Czerwonka sisters were named MVC Doubles Team of the Week on March 10.

Olivia went 13-9 in singles action and 13-11 in doubles play, leading the team in doubles wins during her freshman campaign. She boasted a 7-5 dual-match mark as a rookie playing No. 2 singles. Through one season, she ranks seventh in team history in career singles winning percentage (minimum 10 victories) at .591 and ninth in career doubles winning percentage at .542. Olivia started the fall by winning seven of her first eight singles matches and accrued nine total singles wins during the fall. She knocked off reigning MVC Freshman of the Year Bozana Lojpur of Bradley, an All-MVC performer from the previous season, in three sets on Sept. 14 at the Chicago State Invitational.

The younger Czerwonka had a strong day on March 4, going a combined 4-0 in singles and doubles in matches against Hampton and Grand Valley State. That proved to be the final day of the season as the remainder of the slate was wiped out by COVID-19.

The Crusader Award, which is voted on by members of the team, is presented to the player who best exemplifies work ethic, attitude, determination, passion, being a great teammate and being teachable and coachable. Tabanera received that high honor after leading the team in singles wins during her freshman season, posting a 16-9 singles record. She has a .640 career singles winning percentage that ranks sixth in program history through one season. Tabanera was named the MVC Singles Player of the Week on Feb. 18 and ran off three straight wins from Feb. 15-23 over UIC, Eastern Illinois and SIUE.

Jhaveri received the squad’s Scholar-Athlete Award after finishing her freshman year with a 3.84 cumulative grade point average in communication / digital media. She is also pursuing a minor in Spanish. To go along with her academic success, Jhaveri went 11-9 in singles and 11-8 in doubles as a freshman. She started the fall with seven consecutive doubles wins – four with Dao Sysouvanh and three with Olivia Czerwonka – and totaled 10 doubles victories during the fall slate. Jhaveri beat UIC’s Karyna Bihel 3-6, 6-1, 10-7 on Sept. 21 at the UIC Fall Invitational, a victory that came against a second-team all-Horizon League performer from the previous season.