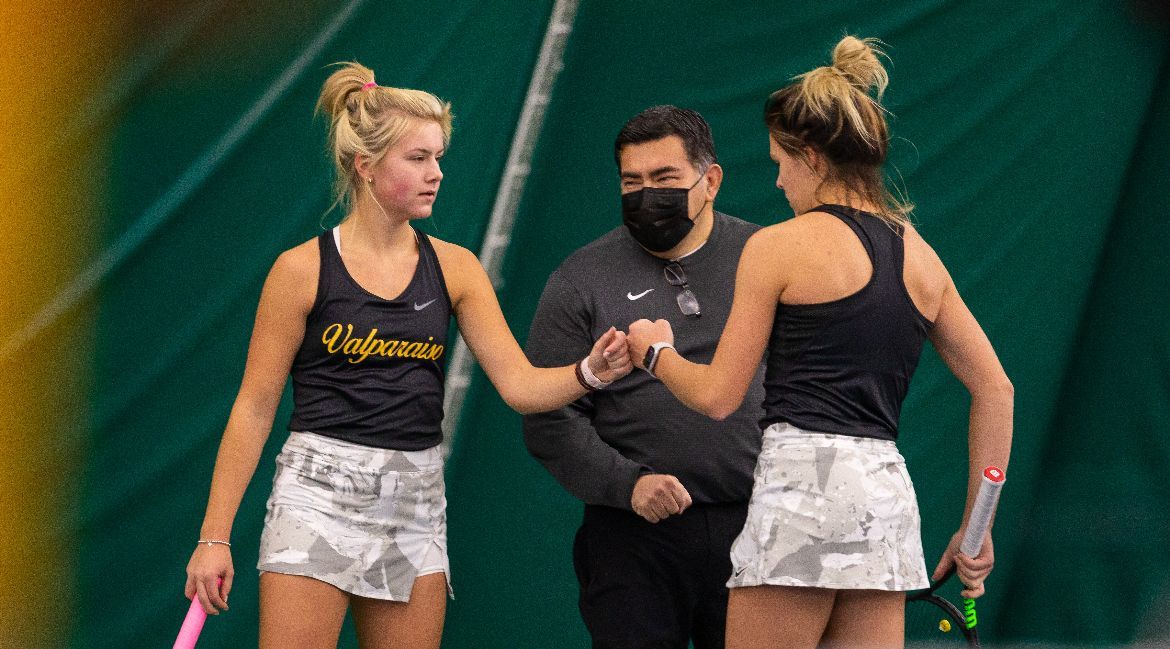 The Czerwonka sisters won their doubles match on Saturday.

A day filled with close matches was highlighted by the one that wasn’t for the Valparaiso University women’s tennis team on Saturday. Sisters Claire and Olivia Czerwonka (Kenosha, Wis. / Saint Joseph Catholic Academy) captured a one-sided win at the top doubles spot in Valpo’s 7-0 setback to Toledo at The Courts of Northwest Indiana.

Valpo (1-7) will round out its long stretch of home matches on Sunday as Wayne State comes to town. The start of doubles play is slated for 1 p.m. at The Courts of NWI.