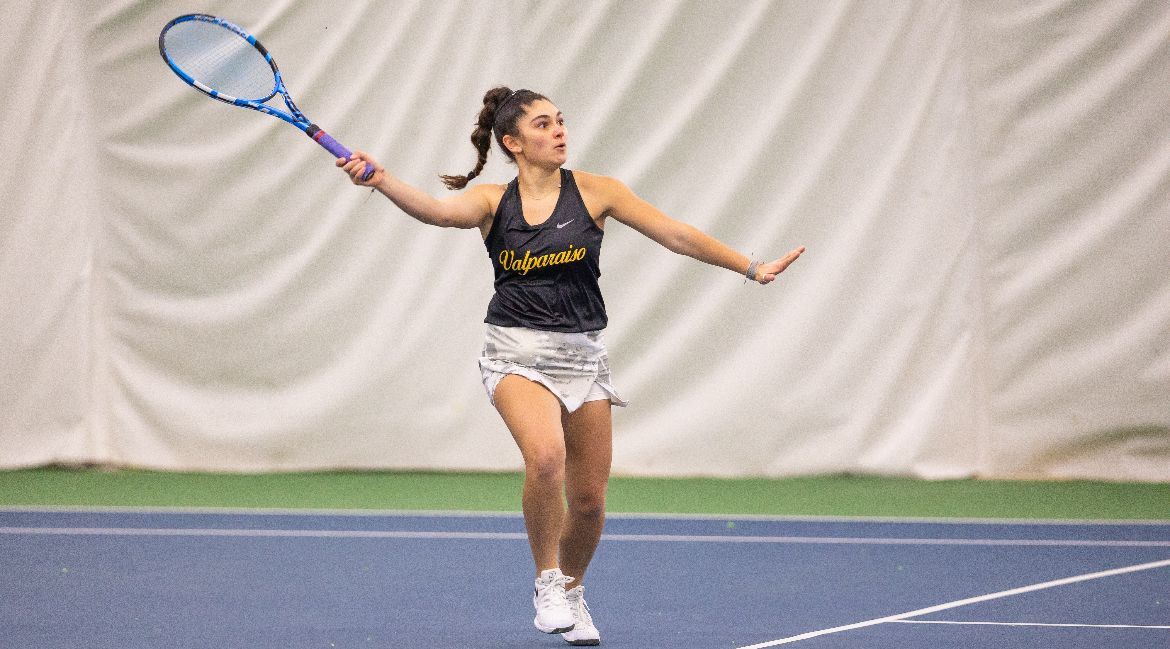 Demi Jhaveri had key wins in singles and doubles on Saturday.

The Valparaiso University women’s tennis team emerged victorious on Saturday afternoon, collecting a 4-3 victory in a tight match with host Northern Illinois at Chick Evans Fieldhouse in DeKalb, Ill. The Brown & Gold won the doubles point before the two teams split the six singles matches, allowing Valpo to win back-to-back spring dual matches for the first time in three years. This marked the program’s first victory over a Mid-American Conference opponent in 16 seasons.

Valpo (3-7) will attempt to make it a three-match winning streak on Sunday by hosting Chicago State at 11 a.m. CT at The Courts of Northwest Indiana. The Cougars are 1-4 on the year and have losses to Missouri Valley Conference schools Bradley and Illinois State as well as UIC and Northern Illinois.