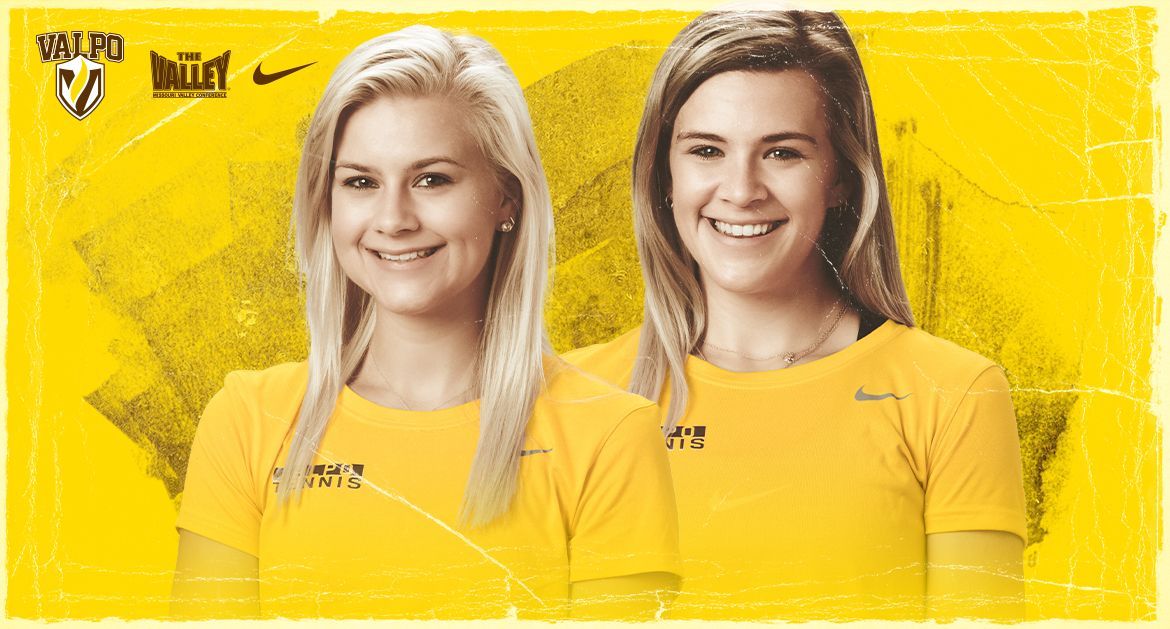 The Czerwonka sisters earned a 7-5 win at No. 1 doubles over UNI’s top doubles team of Emma Carr and Olivia Fain on Friday, helping Valpo to a 5-2 victory, the program’s first win in a conference opener since starting the 2006 Mid-Continent Conference slate by beating Centenary. The Czerwonkas followed that up with a 6-4 victory over Drake’s top tandem of Liza Petushkova and Maria Tatarnikova on Saturday, extending their impressive doubles winning streak to eight.

The victory against the Bulldogs allowed Claire to reach a significant career milestone with her 50th doubles triumph. She became just the fifth player in program history to win 50 career doubles matches and the first since 2007. Saturday’s victory came over quality competition as Petushkova is a former MVC Freshman of the Year, a two-time MVC All-Select Team member and a member of a doubles pair that was ranked No. 71 nationally in the ITA Doubles Rankings last March.

Valpo has earned six MVC weekly awards this season. Olivia owns five career weekly awards as only a sophomore, while Claire has nine MVC weekly honors in her career, six of which have come as part of the Doubles Team of the Week.