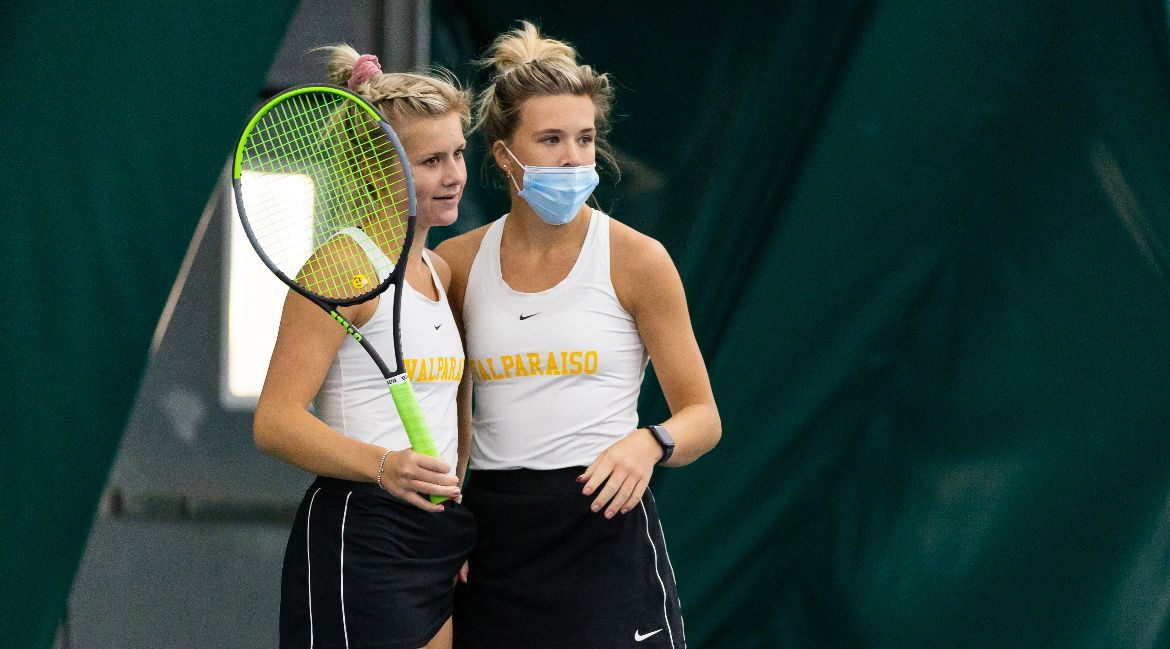 Sisters Claire and Olivia Czerwonka (Kenosha, Wis. / Saint Joseph Catholic Academy) earned a victory at No. 1 doubles in Saturday’s match at Butler, providing a highlight in the Valparaiso University tennis team’s 7-0 setback to the host Bulldogs. The Beacons were close in several singles matches, but Butler came away victorious on all six singles courts in the instate matchup.

Valpo (6-4) will host Northern Illinois on Sunday at 5 p.m. at The Courts of Northwest Indiana.