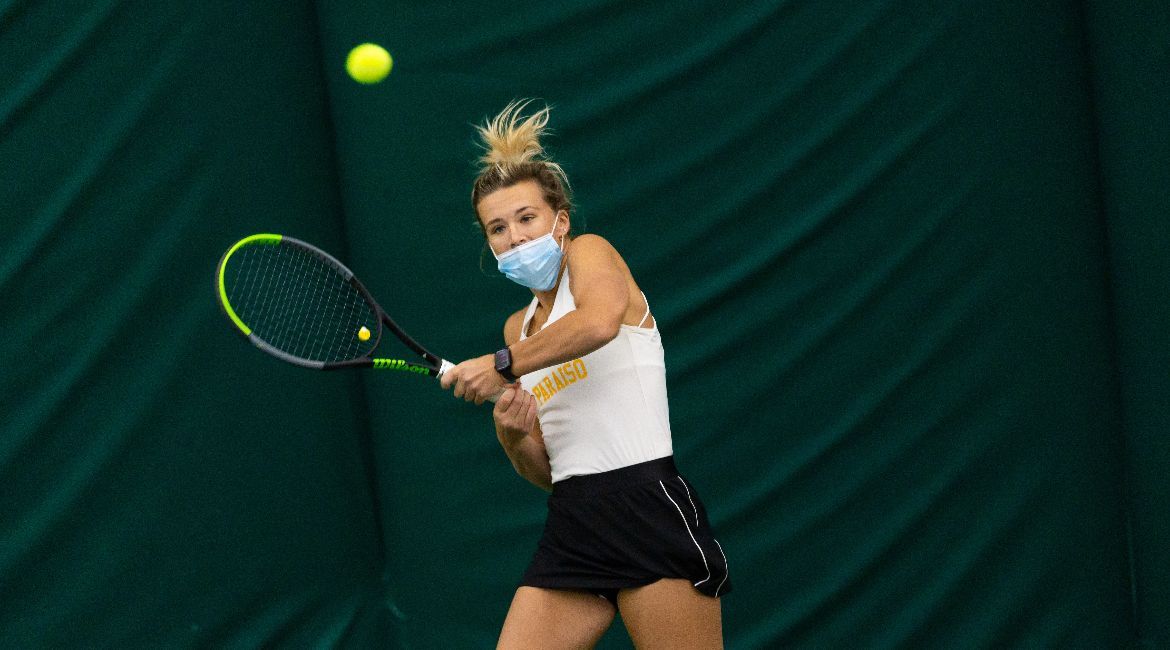 Claire Czerwonka earned wins in both singles and doubles on her birthday on Sunday.

Claire rolled to an easy victory in doubles alongside her sister Olivia before battling her way to a three-set win in a lengthy singles match. Her performance highlighted a competitive evening of tennis that saw visiting Northern Illinois escape the Hoosier State with a 4-3 victory in Valpo’s final match prior to its spring break trip.

Valpo (6-5) will play three matches in the state of Florida this week beginning on Wednesday at Barry University in Miami Shores. The match is slated to begin at 9 a.m. CT / 10 a.m. ET with links to live video and stats courtesy of Barry Athletics available on ValpoAthletics.com.