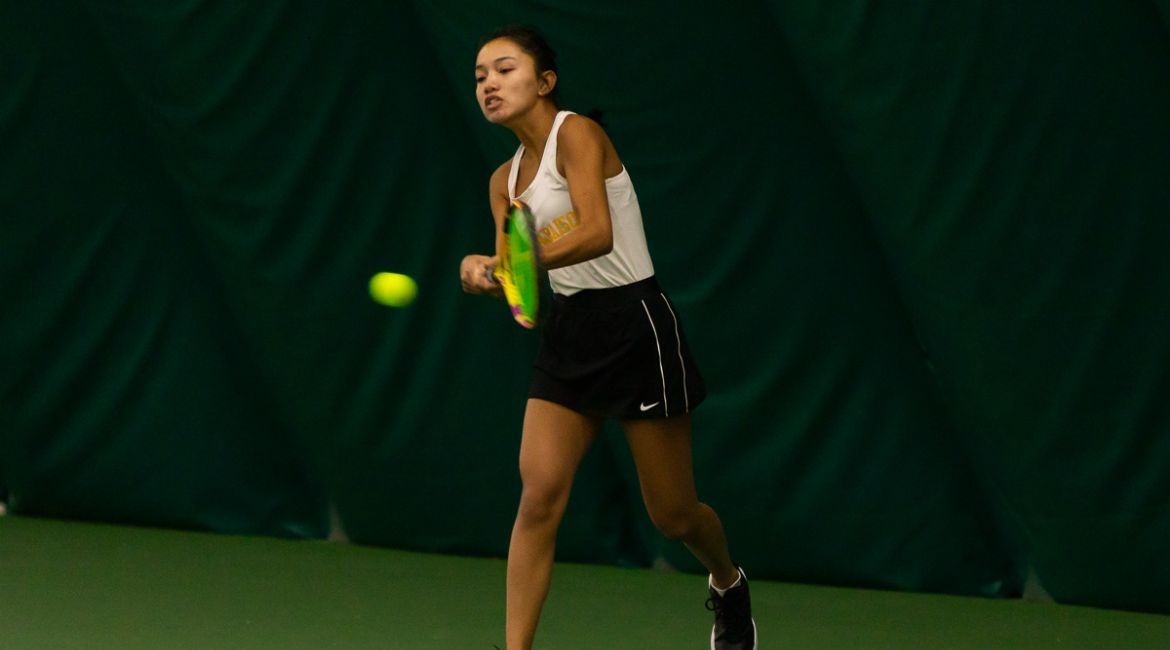 Amanda Tabanera earned a tight victory that went to a third-set tiebreak on Saturday.

The Valparaiso University tennis team pushed defending Missouri Valley Conference champion Drake to its limits on Saturday afternoon at The Courts of Northwest Indiana, but the visiting Bulldogs escaped with a 4-3 victory in the Valley opener for the Beacons. Valpo prevailed on three singles courts and one doubles court.

The Beacons (8-9, 0-1 MVC) will hold Senior Day on Sunday at 8:30 a.m. vs. UNI as part of the final home match of the season, which will take place at The Courts of Northwest Indiana.