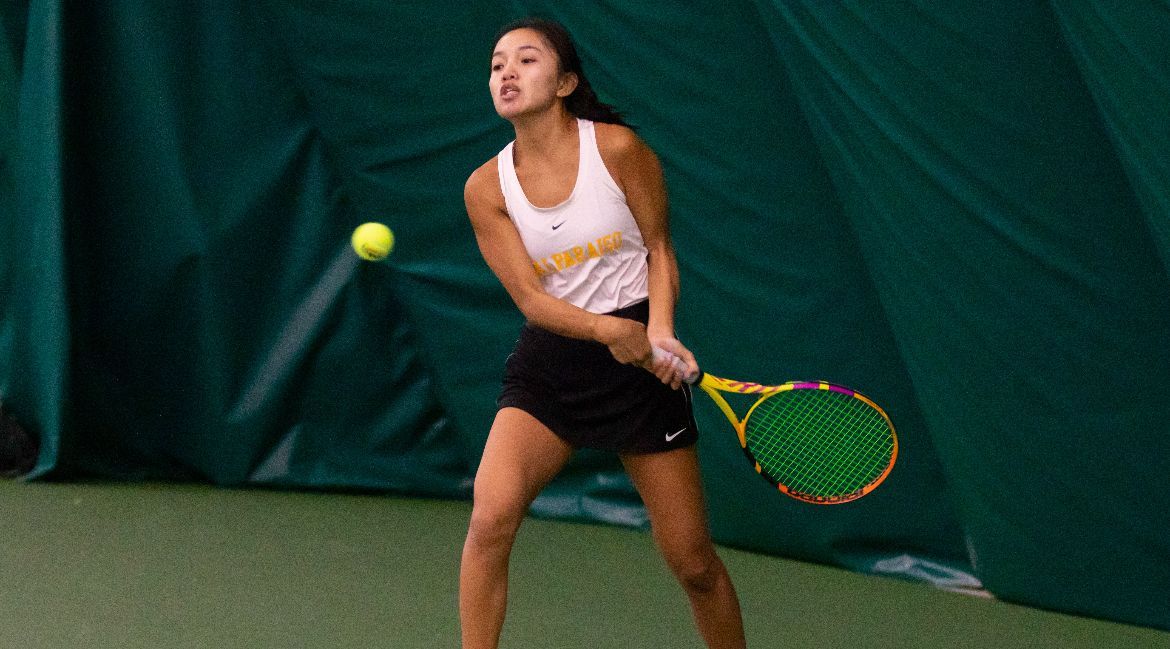 Amanda Tabanera had the win that clinched the team victory on Saturday.

The Valparaiso University tennis team climbed above the .500 mark both overall and in Missouri Valley Conference play by going on the road and dispatching host Missouri State 6-1 on Saturday afternoon in Springfield, Mo. The Beacons swept the doubles matches before prevailing in five of the six singles showdowns.