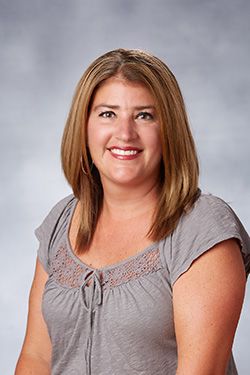 Traci Young was promoted to Associate Director of Athletics for Student Services in October 2015.

Young had served as Assistant Director of Athletics for Life Skills Programs and Senior Woman Administrator for the Valparaiso University athletic department since June 2012.  In addition, Young was the head coach of the women's tennis program from March 2009 until October 2015.

In her role as associate athletic director, Young directs the Crusaders’ life skills programs while also overseeing Valparaiso’s Student-Athlete Advisory Committee.  She is a member of the Valpo Athletics Hall of Fame Committee, as well as the University's Retention Committee.

On the tennis courts, Young saw one of her players earn the Herb Foster Sportsmanship Award from the Horizon League in 2011.  Since taking over the Valpo program, Young has had 13 players named to the Horizon League’s Fall or Spring Academic Honor Roll.

Young came to Valpo from The Courts of Northwest Indiana, where she served as the tennis director and PTR Certified teaching professional. In her role, Young taught and promoted tennis in the Valparaiso area through marketing private lessons, programs, clinics and leagues as well as cardio tennis.

Young played her collegiate tennis at Ohio University where she was a team captain, was named the team’s Most Valuable Player, and also was the recipient of the Bobcat Award.  She played USTA junior tennis at the Midwest level as well as nationally in the 12 and under division up through 18s.  She was a member of the Junior Wightman Cup, and, at the age of 16, played on a United States tournament level team in Germany, France, Holland, Belgium, and England through the Tennis:Europe organization.