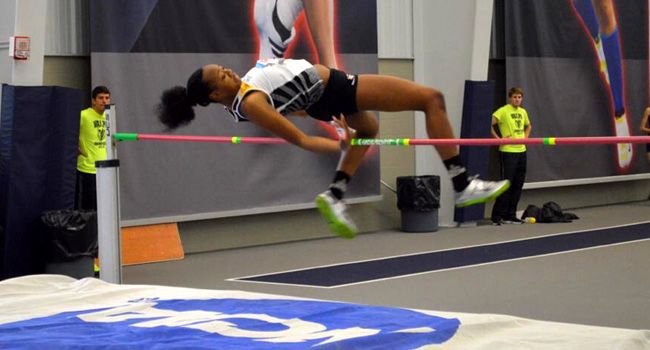 Valparaiso junior Jazmin Taylor (Rock Island, Ill./Rock Island) has been named Horizon League Athlete of the Week for her record-breaking performance this past weekend at the Fred Wilt Invitational hosted by Purdue University.

Taylor captured a first-place finish in the high jump, breaking the program record in the process. Valparaiso’s previous best mark in the high jump, which was set by Taylor, stood at 5’ 4 ¼”. On Saturday, Taylor cleared 5’6”, thus setting a new personal best and a new program record. Taylor’s mark also placed her third in the Horizon League this season.

Taylor and the Crusader track teams return to action this weekend to compete at both the GVSU Tune-up and Alex Wilson Invitational.