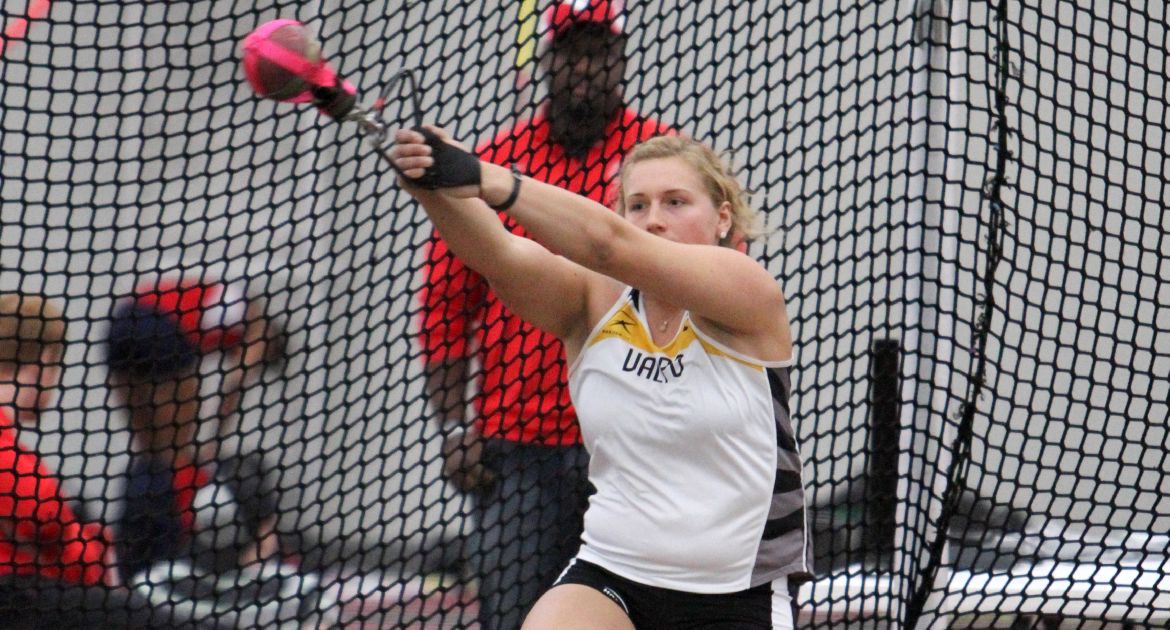 Sarah Drozdowski was named the Horizon League Athlete of the Week for her performance at the Illini Twilight.

Valparaiso senior thrower Sarah Drozdowski (Roselle, Ill./Lake Park) was named the Horizon League Female Field Athlete of the Week on Wednesday, the league announced. It is her second time winning the League award in the past three weeks.

At the Illini Twilight on Saturday, Drozdowski had an all-time day, competing in four events in Champaign, Ill. She started the fireworks early when on her first attempt in the hammer throw, she uncorked a school record toss of 57.22m/187-9, besting the previous mark by almost 11 feet en route to capturing the title. Then in the shot put, she improved her second best mark in school history by over ten inches with her toss of 13.53m/44-4.75, finishing in third. She set a season best in the discus with her heave of 39.94m/129-1 and finishing in 11th, while also taking sixth in the javelin (31.85m/104-6).

She holds top-six marks in the Horizon League for all four events, including the top spot in the hammer throw and the second best mark in the shot put.

This is Drozdowksi’s second career outdoor Athlete of the Week award and sixth overall; she won her first career outdoor honor back on April 8 following her performance at the DePauw Outdoor Invitational.

Drozdowki and the Crusaders return to competition this weekend for a meet of historic proportions. The Brown and Gold will host the first ever home meet in school history on Saturday at the new Warren G. Hoger Track located inside Brown Field, with throwing events taking place at Eastgate Field. The meet gets started at 10:30 am CT with throwing events. The jumping events take off at 1:00 pm and the running events start 30 minutes later. Full results and recaps will be posted to ValpoAthletics.com following competition.