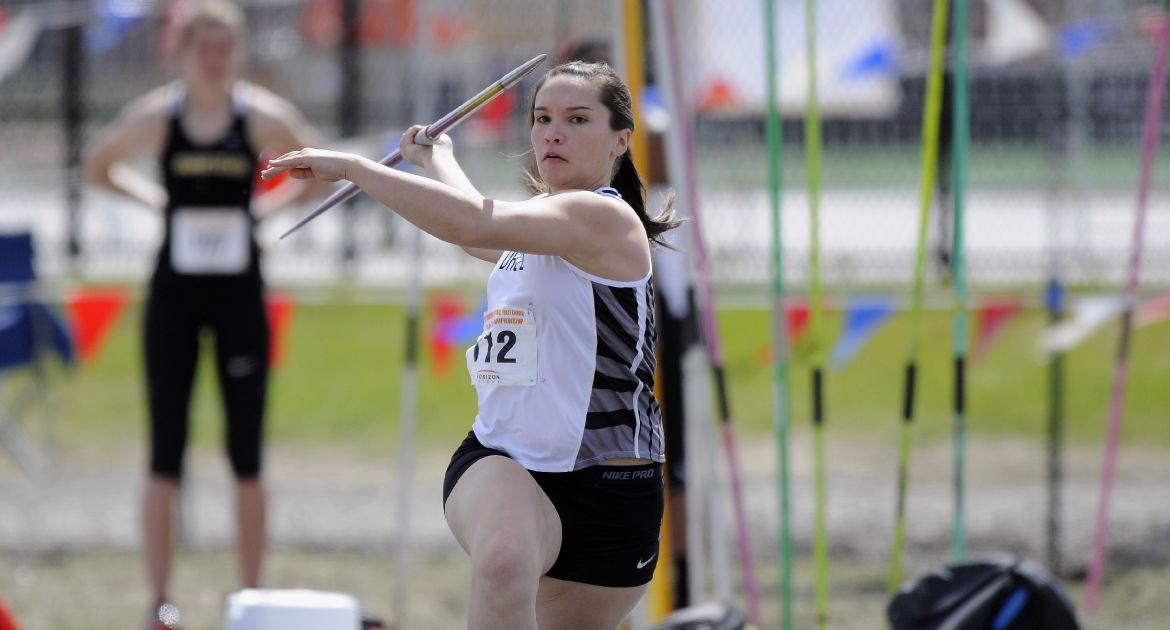 The Valparaiso women’s track and field team opened the 2015 Horizon League Outdoor Championship on Friday afternoon at Oakland. The Crusaders finished the first day of competition in fourth place with 15 points, just one back of Wright State.

Senior Brooke Hinstorff (Waterloo, Wis./Lakeside Lutheran) closed out her collegiate career with a personal best in the javelin, finishing second with her throw of 36.92m/121-1.

“Big PR from Brooke,” head coach Ryan Moore said. “That’s good for her to go out like that in her senior year and finishing out her career. To take second is great.

“That’s a good surprise from Sarah,” Moore said. “She’s a gamer though and performs well when it counts. We certainly hope it continues. She’s one of top- competitors and should get a few points from her tomorrow, which would set her up pretty good for Sunday.

The Brown and Gold return to the track tomorrow morning for day two of the Horizon League Outdoor Championship. The heptathlon kicks things off at 8:30 am CT, with field events starting at 11:00 am and running events beginning at 2:00 pm. Links to live results will be available at ValpoAthletics.com.