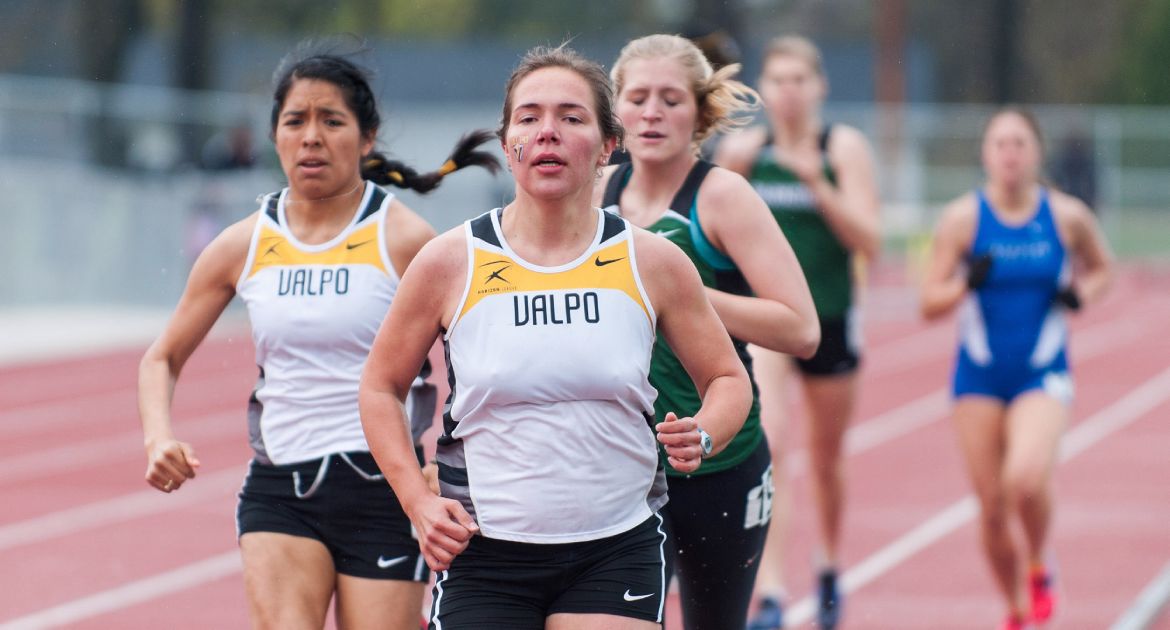 The Valparaiso University track and field teams hit the road this weekend, battling the harsh winds on the opening day of the Big Blue Classic, hosted by EIU in Charleston, Ill.

Senior Jacob Smutz took control once again, just a week after setting a new outdoor program record in the hammer throw, Smutz followed that up with a second-place finish in the same event on Friday with a toss of 198’1”, earning eight points for the Crusaders. Chris Sosnowski also picked up two points on Friday in the hammer throw, finishing in seventh place with a distance of 168’2”.

Kim Heiny crossed the line at 18:36.70 in the 5,000m run, placing 16th for the Crusaders. On the infield, Sarah Peters cleared 10’11 ½” in the pole vault to finish in 14th position, while Abby Jankowski paced Valpo in a pair of throwing events.

Valparaiso continues action with the final day of action from Eastern Illinois tomorrow. ValpoAthletics.com will have links to follow live results.