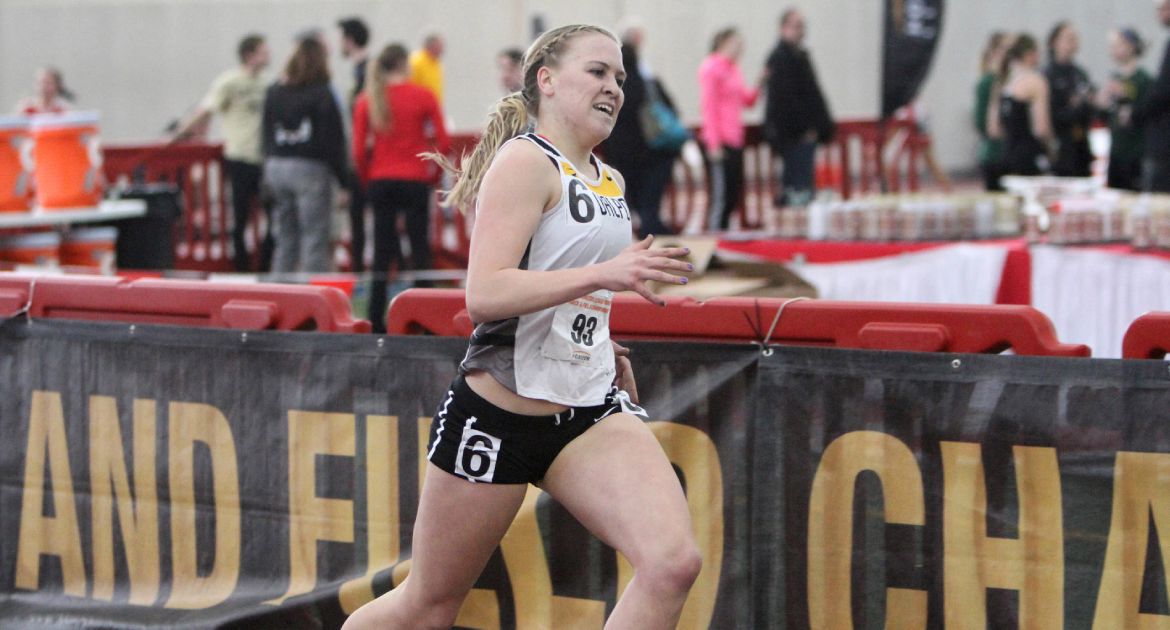 The Crusader men’s team was led by a trio of pole vaulters combining to earn a total of 10 points for the team. Alex Watson placed fourth overall, scoring five points with his mark of 14’11 ½”. Evan Snow finished just two spots behind Watson, scoring four points as he cleared 14’5 ½” – moving into fifth in the Crusader record books in the event - and Kyle Baker picked up an 11th place finish, earning a point with a height of 13’5 ¾”.

The javelin throwing duo of Elijah Owen and Andrew McKissick tallied a combined 11 points for Valpo. Owen finished in fifth place with a toss of 165’8”, while McKissick was right behind Owen in sixth position with a throw of 162’4”.

Valpo jumpers Montell Hall and Malik Riley finished in seventh and eighth place, respectively, in the triple jump. Hall leapt 40’5 ½” for his seventh-place finish, while Riley jumped 40’4 ¾” to place eighth. Senior Jacob Smutz earned another top-10 finish, posting a mark of 155’1” in the discus throw to finish in 10th place.

Junior Jeru Lollis qualified for the finals of the 100m dash with a qualifying time of 11.03 seconds, and then posted a time of 10.77 seconds in the finals, good for a seventh-place finish and moving into fifth place in Valpo history in the event. Lollis was also a member of the 4x100m relay squad, along with Anthony Franze, James Sampson and Nathan Dotts which scored three points with a seventh-place finish, crossing the line in 43.02 seconds. Also on the track, the 4x400m relay team of Dotts, Conner Hickey, Alex Ruscitti and Joshua Yonker earned five points with their fifth-place finish, crossing the line at 3:39.92.

The women’s team earned a pair of top-five finishes on Saturday. Elizabeth Bloy came home in third place in the 3,000m steeplechase, earning six points with her time of 11:23.72. Heather Mende placed fifth in the javelin throw with a toss of 115’2”, picking up four points for the Crusaders.

Abby Jankowski led the Crusader contingent in the discus throw on the women’s side, placing 22nd with a toss of 112’.

The Crusader men finished in seventh place with 45 points. The women’s team placed eighth with 17 points.

Valparaiso will return back to the state of Indiana and compete in the Gibson Invitational in Terre Haute, Ind. next Saturday, April 9. Check out Valpoathletics.com to follow along with live results.