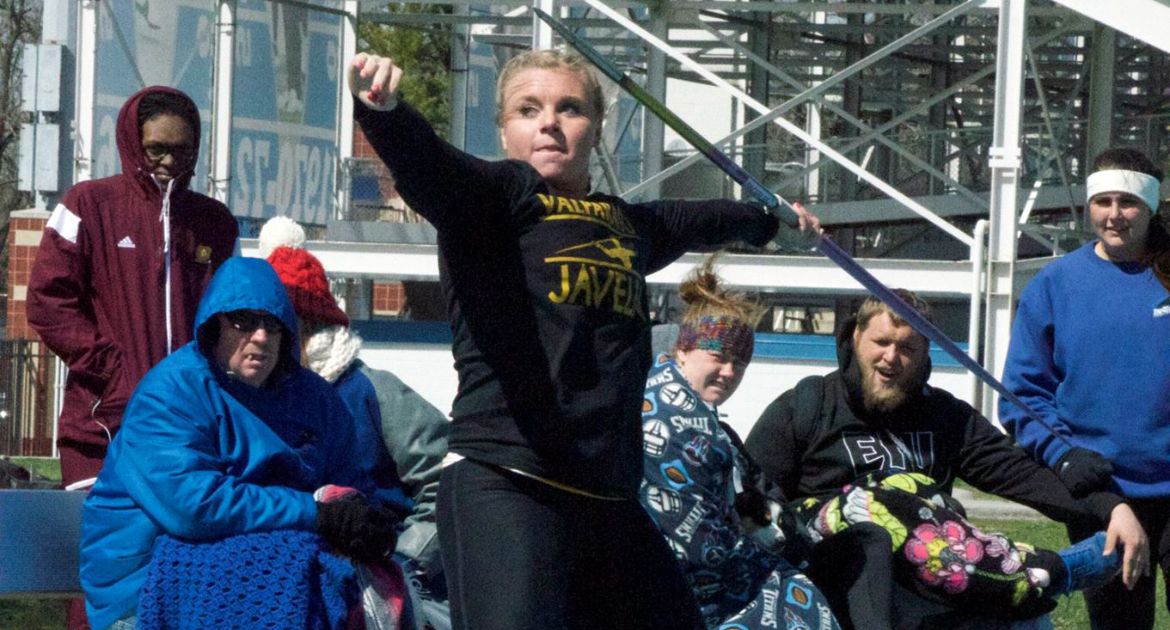 The weekend was highlighted by a win in the hammer throw from senior Jacob Smutz. Smutz posted a mark of 196’8” to claim first place in the hammer, over 10 feet better than the second-place finisher. Fellow senior Chris Sosnowski posted a fourth-place finish as well in the hammer, recording a toss of 170’11”.

Smutz also earned a sixth-place finish in the discus throw, as his best effort traveled 149’6”. Elsewhere on the infield, sophomore Montel Hall set a new PR in the triple jump, leaping 42’6 ¼” to finish in fifth position. Sophomore Alexander Watson finished seventh in the pole vault, clearing 14’6 ¼”, while freshman Andrew McKissick earned seventh place in the javelin throw with a mark of 161’9”.

On the track, junior Adam Bruno led a trio of top Crusader finishers who all set new PRs as well. Bruno crossed the line seventh in the 5,000m run, covering the 5K in 15:36.48. Junior Jeru Lollis set a new PR in the 200m dash with a time of 22.44 seconds, finishing in 14th place, while sophomore Ben Zibricky came home 12th in the steeplechase with a personal-best time of 9:43.78.

On the women’s side, junior Liz Bloy led the way for Valpo, finishing sixth in the steeplechase and setting a PR with a time of 11:01.30 – improving upon her second-best time in program history in the event. Senior Heather Mende also earned a top-10 finish, placing seventh in with a mark of 112’11” in the javelin throw.

The Crusader men tallied 30 points for the meet, good for ninth place, while the Valpo women placed 12th in the team standings with five points.

Valparaiso returns to action next weekend with a short trip to Chicago for the DePaul Invitational.