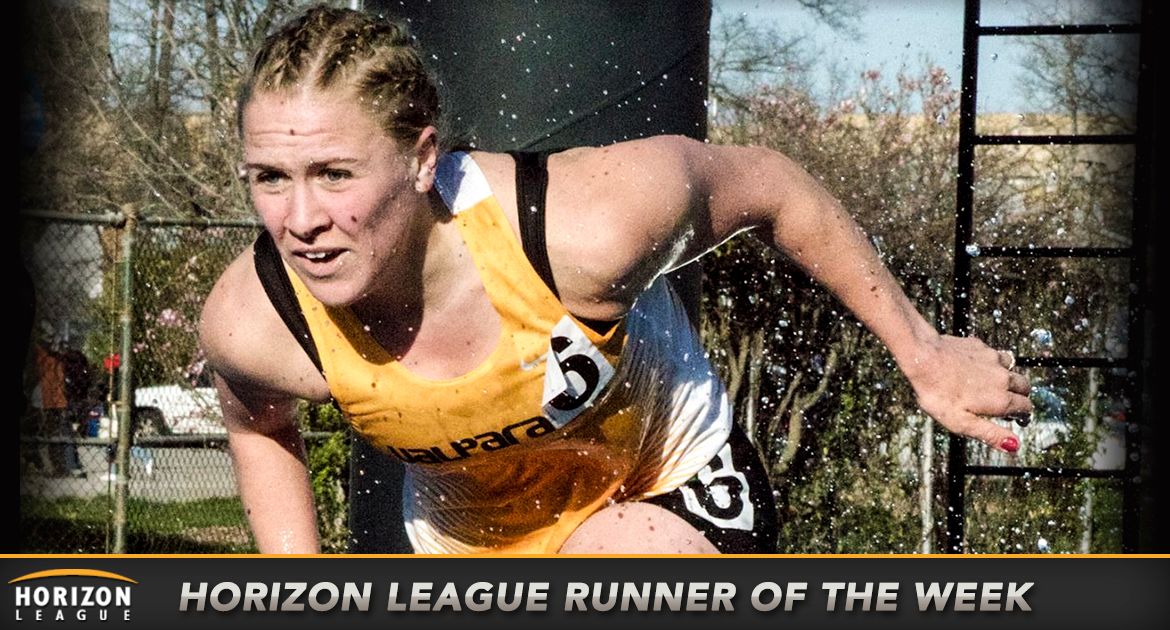 Bloy covered the steeplechase course in 11:01.30 Saturday afternoon in Terre Haute, besting her PR in the event from last season. In addition, she improved upon her already second-best time in program history in the steeplechase and is now just over 20 seconds away from the school record.

Bloy, who paces the league in the steeplechase this year by 35 seconds, adds the weekly award to an already decorated season which saw her earn Second Team All-League honors during the cross country campaign and receive Outstanding Running Performer recognition at the league indoor championship meet. Bloy and the rest of the Crusaders return to action this weekend at DePaul.