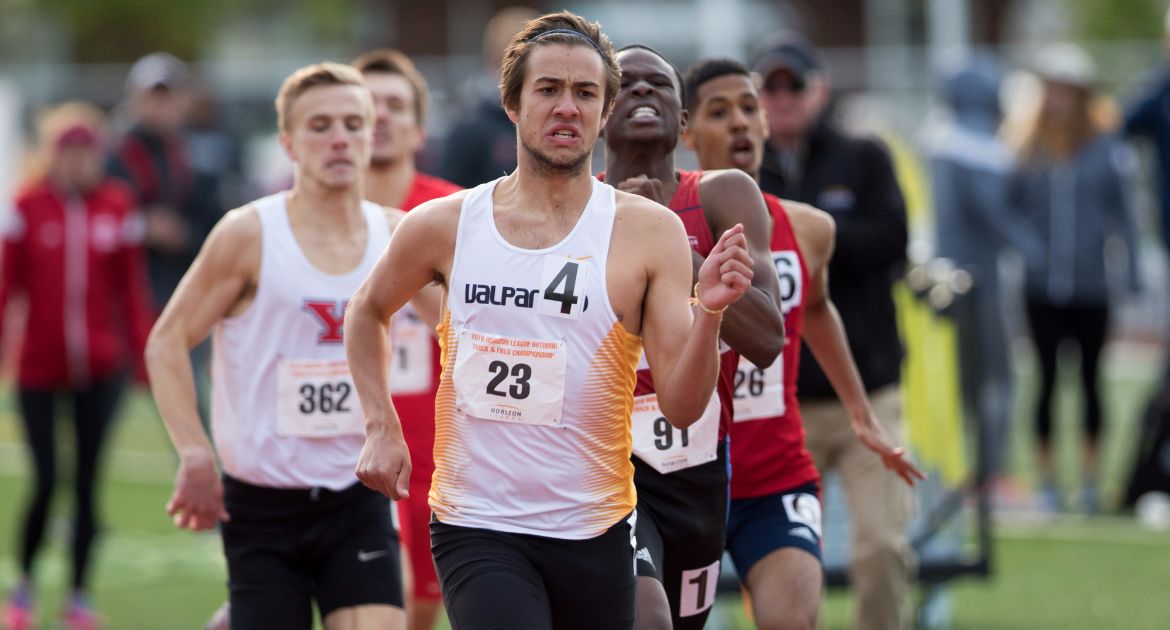 Alexander Bruno finished third in the one mile run.

The Valparaiso University men’s and women’s track and field competed at the Fort Wayne Duals Saturday. The Crusader men defeated Butler, Detroit and IUPUI to finish the day with a perfect 3-0 record, while the women beat Butler and IUPUI. The Valpo men had four first-place finishes in field events and the women posted one top finish on the track.