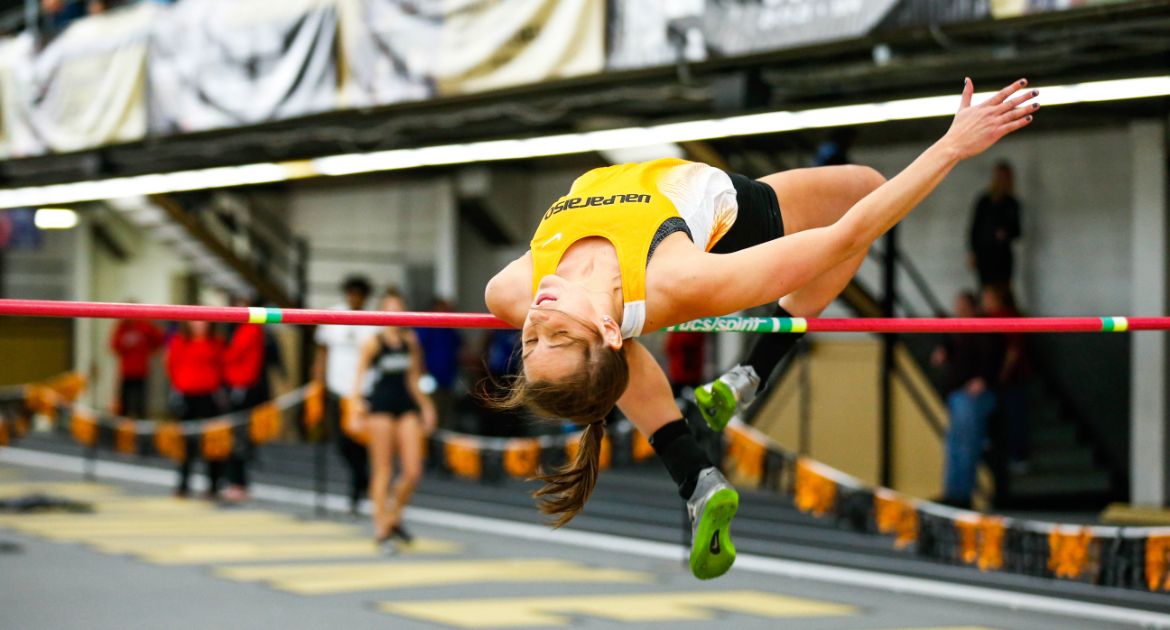 Sydney Bronner finished second in the high jump on Friday at Grand Valley.

“This is the type of meet we always look for leading into conference. Marks like this mean that great things are on the way for this group.”

“I expect us to be at our best next week and am looking forward to our indoor conference championships. I can’t wait to see who will rise to the occasion when they are called on to make a difference for us. Who’s going to #MakeYourMark and give #WhateverItTakes?”

Valpo will conclude the indoor season at the Missouri Valley Conference Indoor Championships, hosted by UNI, on Feb. 23-24.