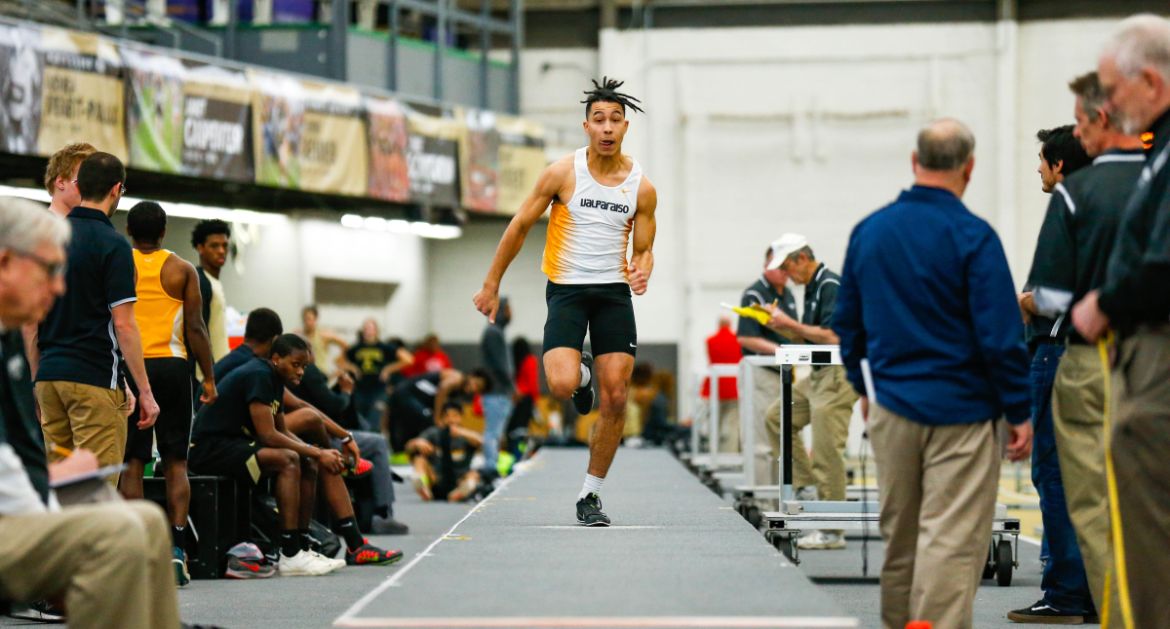 T.J. Weinzimmer had a PR in the triple jump on Sunday.

The Valparaiso University track & field teams capped off their indoor season at the University of Northern Iowa on Sunday. The teams were led by two triple jumpers, Anne Mou (Bloomingdale, Ill./Lake Park) and T.J. Weinzimmer (Northbrook, Ill./Glenbrook North), who each set a new personal record in the event. During the two-day meet, Valpo athletes set 18 PRs and several more season bests.

“A weekend that produces 20+ personal bests from 38 athletes is a great weekend. I could not be happier at how we are improving each time we hit the track. Our team is producing great results and has responded to the challenges we as a staff have laid out for them.”

“This weekend is a great springboard to our outdoor season, and we will be ready for that challenge when spring arrives.”

Valpo will take a well-deserved rest in anticipation for the outdoor portion of the schedule. They’ll pick back up on April 5 in Terre Haute for Indiana State’s Gibson Invitational.