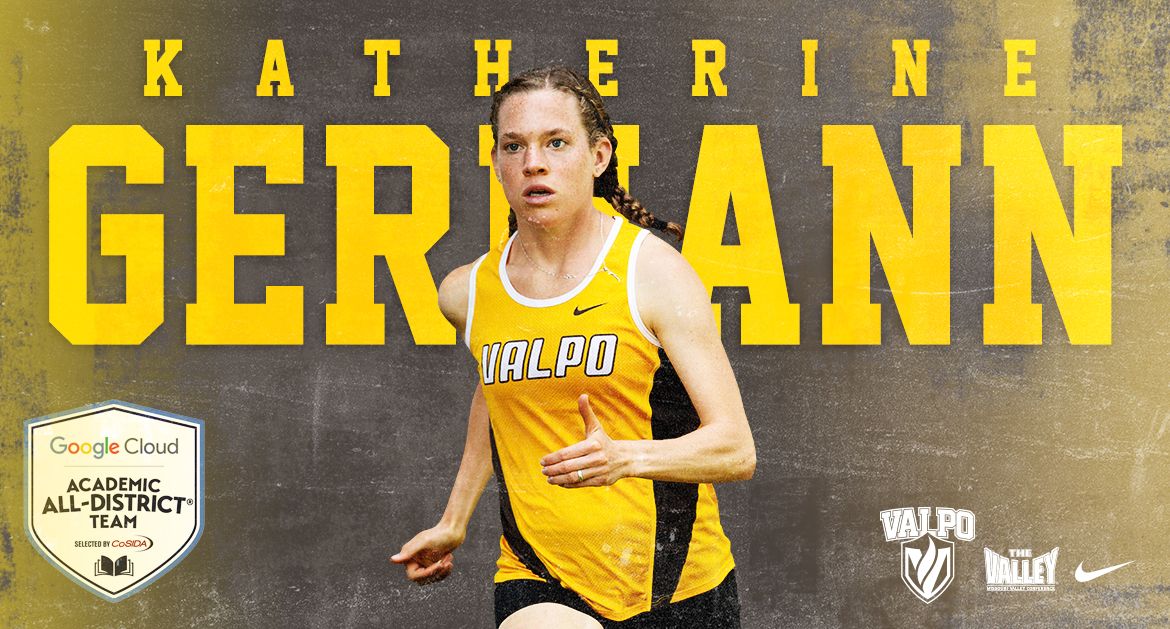 Germann was recognized for her performance in competition and in the classroom, where she holds a 4.0 GPA in biology.

During the cross country season, Germann broke into the Valpo record book in two events, the 5K at the Bradley Pink Classic (22:32.7, sixth) and the 6K at the Missouri Valley Conference Championship (18:12.9, seventh). She led the team in all six meets including a Top 15 finish at the Crusader Open.

First Team Academic All-District honorees advance to the Google Cloud Academic All-America ballot. To qualify for All-District and All-American consideration, student-athletes must hold at least sophomore status, be in at least their second year at an institution and own a minimum GPA or 3.30. Germann was one of 15 Division-I athletes from District 5 (Illinois, Indiana, Michigan and Ohio) to receive academic all-district recognition.