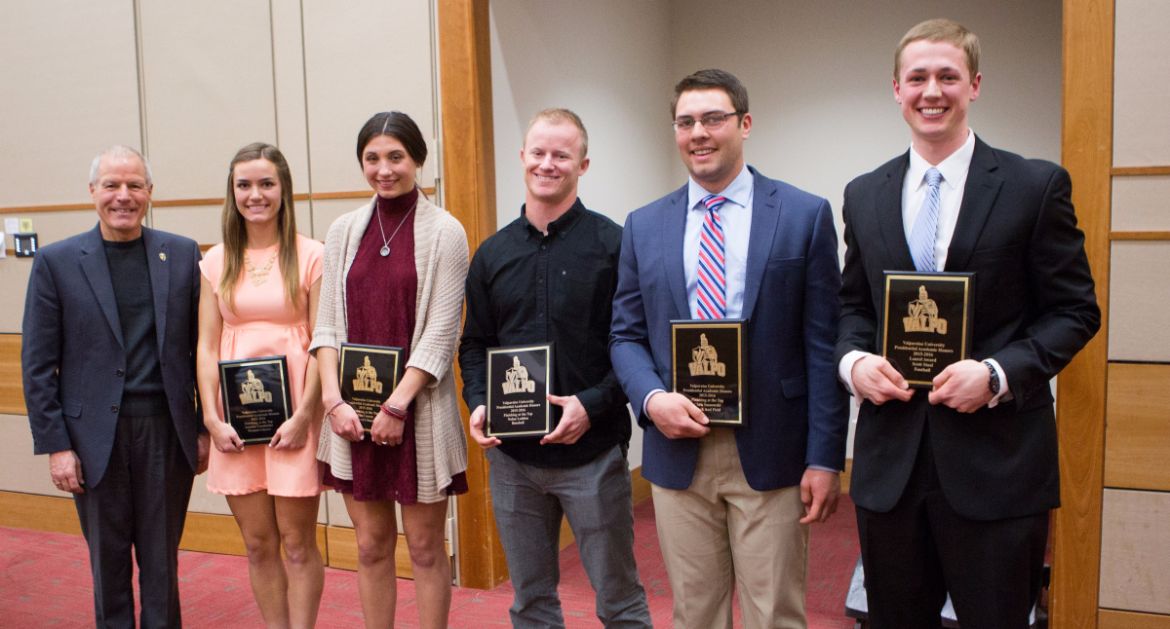 Presidential Academic Honors are awarded to student-athletes who have earned a cumulative GPA of 3.25 or higher after at least two semesters at Valpo.

Scott Staal (Grand Haven, Mich./Grand Haven), a member of the football team, was presented with the annual Laurel Award, honoring the graduating senior student-athlete who achieved the highest cumulative grade point average. Staal is on pace to graduate in May with a degree in business management.

The evening also featured a total of 12 individuals being honored as Outstanding Student-Athletes for carrying a cumulative grade point average of 3.9 or higher, regardless of their class in school.