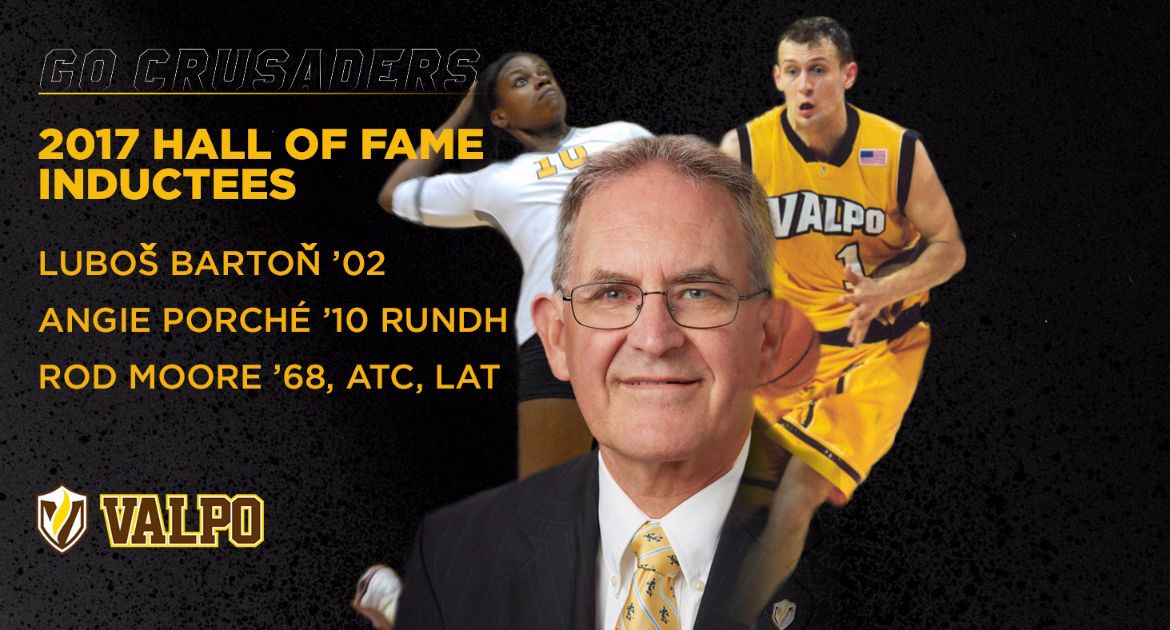 The Valparaiso University Athletics Hall of Fame Induction Banquet will be held on Saturday, Feb. 11 in the Hilltop Gymnasium. The banquet is slated to begin at 3 p.m. The cost of the banquet is $30 per person, and reservations can be made by contacting Drew Turro at 219.464.5461 or via email at drew.turro@valpo.edu. The deadline for making reservations is Friday, Feb. 3. The inductees will also be recognized at halftime of the men’s basketball game that evening.