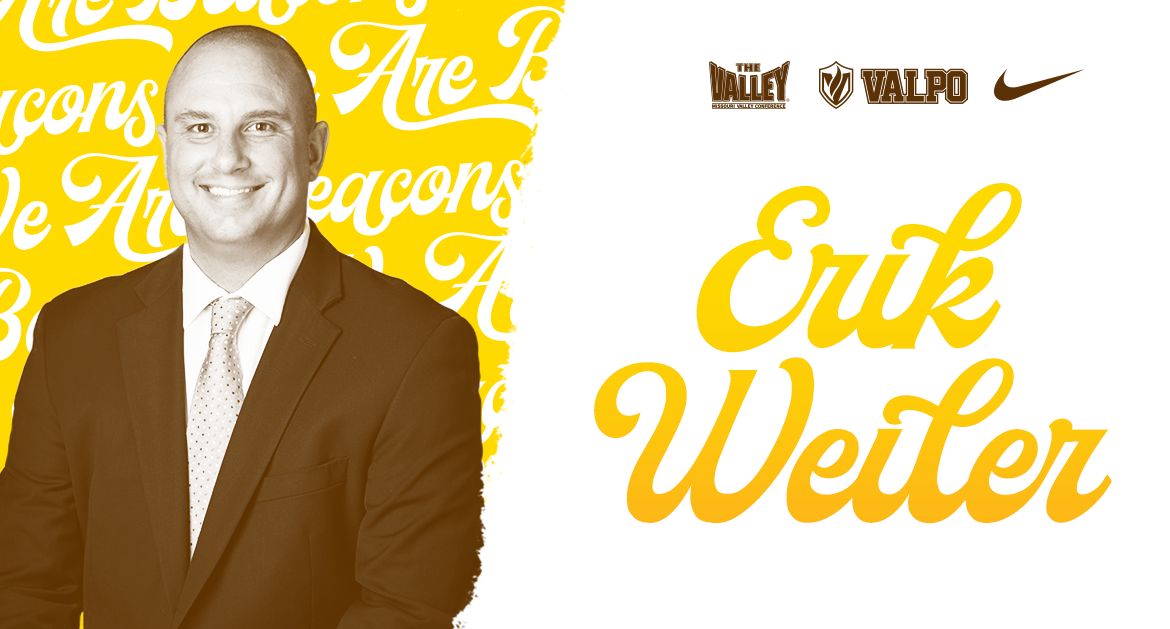 The Valparaiso University Department of Athletics has announced that Erik Weiler will depart his position as Senior Associate Athletic Director for Internal Operations, effective this Friday, June 10.

Weiler has accepted a position in sales with BSN SPORTS, the nation’s largest direct marketer and distributor of sporting goods to athletic institutions. The new position will give Weiler the opportunity to spend more time with his wife Erica and their two daughters, Evelyn and Emelia.

“Erik has been an important part of the Athletics executive staff,” Valpo Director of Athletics Mark LaBarbera said. “His commitment to student-athlete experience has guided his approach to managing our facilities and events. He always brought a calm and even approach to all events and helped Valpo Athletics get the most out of our resources to the benefit of our teams and student-athletes. He has been a valued colleague and we wish him all success in his new endeavor.”

Weiler began his tenure at Valpo in October 2016, when he arrived on campus following an 11-year stay in athletics at Loyola University Chicago. He initially served as the Associate Director of Athletics for Facilities before being promoted to Associate Director of Athletics of Internal Operations in November 2018 and promoted again to Senior Associate Athletic Director for Internal Operations in Spring 2020.

Weiler oversaw facilities, event management, the ticket office and sports medicine in addition to serving as the sport administrator for the baseball, women’s golf and men’s golf programs.

Weiler served as Valpo’s COVID-19 working group chair, playing a key role in developing a detailed plan for holding athletic activities during the COVID-19 pandemic. He held the position of tournament director for Missouri Valley Conference championship events and served as a member of the University Campus Planning Committee, MVC Sports Management Committee and University Strategic Planning Committee. Weiler co-chaired the committee that revised the One Valpo Promise, which was established to promote social equality and communicate the department’s stance against social injustice.

Prior to beginning his career in athletics administration, Weiler played college baseball at Saint Xavier University in Chicago, where he was a pitcher from 1999-2003.