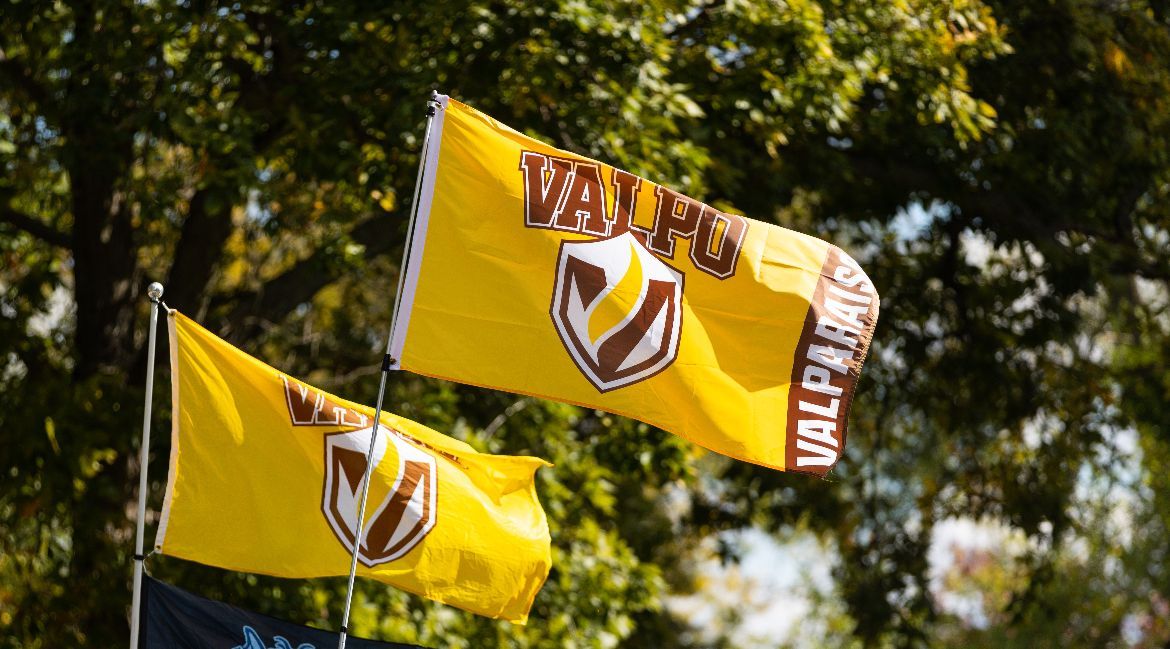 Four individuals will be inducted into the Valparaiso University Athletics Hall of Fame on Friday, Sept. 23 as part of Homecoming Weekend festivities. Jim Daugherty, Nic Kooyers ’07, Rin Seibert ’76 and Brian Thiel ’93 comprise the 25th class in Hall of Fame history.

Daugherty led the Valpo men’s tennis program as head coach for 35 seasons before retiring in 2020. With well over 300 victories to his credit, Daugherty guided Valpo to three league regular season titles, two league tournament titles and a pair of NCAA Tournament appearances. A five-time league Coach of the Year over four different decades, Daugherty coached 50 All-Conference honorees and seven league Players of the Year, highlighted by his guidance of Charlie Emhardt and Jeffrey Schorsch to NCAA All-American honors in 2017. He also spent a decade as head coach of the Valpo women’s tennis program and taught for three decades in the University’s physical education and kinesiology departments.

The 2006 Mid-Continent Conference men’s tennis Player of the Year, Kooyers will enter the Hall of Fame this year alongside his collegiate coach. He earned All-Conference accolades in each of his four seasons playing for Valpo, including a pair of First Team honors. Kooyers set what was then a program record with 20 singles victories during the 2005-06 season. He concluded his time in the Brown and Gold with 56 career singles wins and 54 career doubles victories, marks which ranked second and third, respectively, in program history at the time of his graduation.

Seibert will be inducted posthumously, honoring her nearly 40-year tenure as head of recreational sports at Valparaiso University. She received the NIRSA Regional Award of Merit for Outstanding Contributions to Region III in 2016, the Panhellenic Council Excellence in Teaching Award in 2015 and the Valparaiso University Outstanding Service Award for 30 years of service in 2010. Seibert was also a faculty member at Valpo, teaching in the kinesiology department. Outside of the University, Seibert was renowned for her work as a gymnastics official, serving the IHSAA as a judge for high school gymnastics meets for over 30 years and judging 12 state finals. She earned the 2017 Interscholastic Athletic Official Award for excellence in the sport of gymnastics.

Thiel was the most prolific attacker in the history of the Valpo men’s soccer program and one of the most prolific in conference history as well. He holds program career records with 39 goals, 16 assists and 94 points and ranks among the top-five in the Summit League (Mid-Continent Conference) all-time in both goals and points. In fact, only one other player in Valpo history is within 10 goals and 35 points of his record-setting marks in those categories. A Second Team All-Mid-Con honoree as a senior, Thiel also holds the program single-season records for goals, assists and points. He owns three of the top-seven goal scoring seasons in program history and is the only Valpo men’s soccer player with two hat tricks to his credit — both of which came within a five-day span his freshman season.

The Class of 2022 will be officially inducted into the Valpo Athletics Hall of Fame on Friday, Sept. 23 during a noon luncheon in the Christopher Center Community Room. Tickets will be available for the luncheon starting in early July as part of the Homecoming Weekend registration form. This year’s inductees will also be honored at the Alumni Awards Banquet Friday night and at the Homecoming football game on Saturday afternoon.