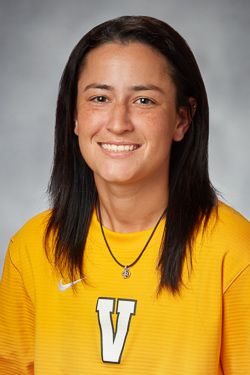 Eryn McCarver joined the Valparaiso University softball program as a graduate assistant in August of 2018 and enters her second season with the program in 2020.

McCarver brings championship experience to the Valpo staff, both in the dugout and on the field. She spent the 2018 season in a volunteer capacity for the Cal State Fullerton softball program, helping the Titans as they captured the Big West championship and advanced to the Los Angeles regional championship game in the NCAA Tournament.

McCarver was a four-year letterwinner at Miami University, starting her final three seasons for the Redhawks at second base. She helped lead the Redhawks to 118 wins in her four years, including the MAC Tournament championship and a berth in the NCAA Tournament in 2016 as a junior.

McCarver earned her bachelor’s degree from Miami University of Ohio in kinesiology in 2017.