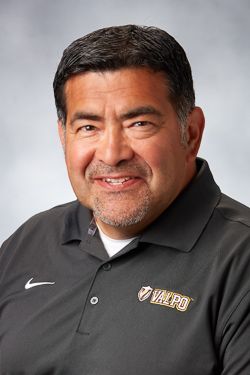 A lifetime of passion and commitment toward the sport of tennis became something bigger for Bob Modesto, who was named the head coach of Valpo's women's tennis program in July 2019. He completed his first year as a collegiate head coach in 2019-20.