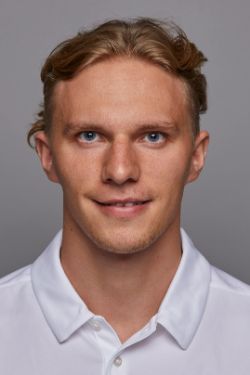 Bogdan Plavin joined the Valpo swimming program as an assistant coach in October of 2019.

Plavin comes to Valpo from Grand Canyon University, where he competed from 2016-2019 in the free and breaststroke events. In 2018, he was a second-place finisher in the 50-free at the Western Athletic Conference Championships, while also swimming as part of two WAC champion relay teams. He competed in the 2018 NCAA Championships as well, helping Grand Canyon’s 200-free relay to a 22nd-place finish.

Plavin brings coaching experience as well to Valpo. He was a volunteer assistant swim coach at Phoenix Swim Club where he taught technique, coordinated practices and assisted in running swimming meets.