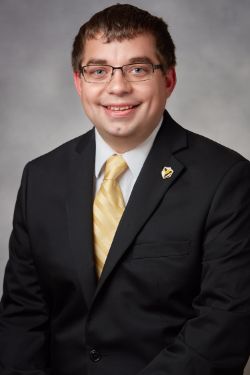 In his role, Leavitt oversees the media relations efforts for the Valparaiso University athletics department. He currently serves as the primary contact for women's basketball, women's soccer, volleyball, softball and bowling, and has spent time in his tenure at Valpo as the contact for many of the department's other sports.

During his first decade at Valpo, Leavitt served as the media relations contact for the men's basketball program as the team's profile has risen nationally. In his time, Leavitt has promoted Valpo men's basketball teams which have earned four Horizon League regular season championships, two Horizon League tournament titles and have advanced to seven postseason tournaments, including NCAA Tournament appearances in 2013 and 2015 and a run to the NIT championship game in 2016.

Leavitt has promoted a pair of All-Americans in Ryan Broekhoff and Alec Peters, while also overseeing press conferences and coordinating follow-up media opportunities for a pair of high-profile basketball coaching changes.

In his time at Valpo, Leavitt has been the men's basketball contact as the Crusaders have appeared in 79 nationally-broadcast games, including 34 home games as the host media relations contact for television. He also served as Valpo's lead media relations contact as the program hosted top-ranked North Carolina at the United Center in December of 2008.

At Valpo, Leavitt works closely with the department's ESPN3 & ESPN+ (previously Horizon League Network) streaming initiative on scheduling and event coordination. He is also a member of the athletic department's Hall of Fame Selection Committee, serving as the committee's secretary as he maintains the committee's nominee pool. Leavitt was appointed chair of the Horizon League Sports Information Directors Committee in the summer of 2016 as well.

Prior to his return to Valparaiso University in 2006, Leavitt served a brief stint as the media relations assistant at the Mid-Continent Conference. He previously served as a student aide and student assistant in the media relations office at Valpo during his four years as a student. A member of the College Sports Information Directors of America (CoSIDA), Leavitt graduated from Valparaiso University with a bachelor's degree in sports management in May of 2006.