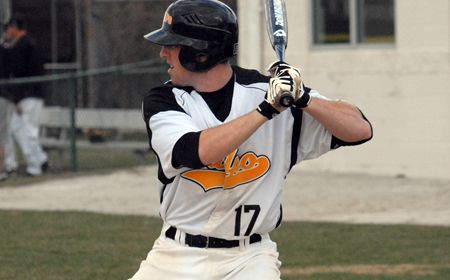 John Snelten (Ingleside, Ill./Antioch H.S.) went the distance on Tuesday evening, allowing just five hits while not walking a batter to lead Valparaiso to a 14-2 victory over Northwestern at the U.S. Steel Yard in Gary, Ind.

Snelten fired his first complete game of his career, striking out eight to improve his record to 3-3 and was aided by plenty of early runs by his offense.

“Snelten pitched well for us tonight,” head coach Tracy Woodson said.  “He showed by going the distance tonight that we have another starter for the Horizon League Tournament.”

Valpo wasted little time getting on the scoreboard in the opening inning.  Dan DeBruin (Combined Locks, Wis./Kimberly H.S.) led off with a single the opposite way and Kyle Muhlsteff (Yorba Linda, Calif./Esperanza H.S.) followed with a triple to deep centerfield.  Matt Lenski (Milwaukee, Wis./Marquette University H.S.) added an infield single to plate Muhlsteff, making it 2-0 Crusaders after one.

“It was nice to get a big lead,” Woodson added.  “We did the little things that inning.  We bunted, stole bases, everything we needed to do.”

Northwestern answered with two runs in the bottom of the third.  Quentin Williams led off the inning with a homer to left and Chris Lashmet added a sacrifice fly.

Gaedele added a RBI double with one out in the fourth and DeBruin added a run on a groundout.  A run-scoring single by Wallace in the fifth increased the advantage to 14-2.

Valpo pounded out 12 hits on the evening, with O’Gara and Wallace picking up three RBIs each.

“Beating a Big Ten team is big for us,” concluded Woodson.

Valparaiso (24-20) will take to the road for the final time during the 2009 regular season on Saturday afternoon as the Crusaders head to Youngstown, Ohio.  Valpo and Youngstown State will meet in doubleheader action beginning at 11 a.m. CDT.