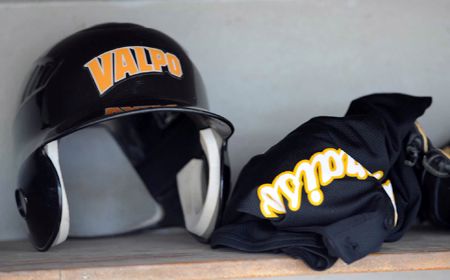 An Easter weekend trip to Hawaii and a spring break trip to California and Las Vegas highlight the 2011 Valparaiso University baseball schedule which has been released by head coach Tracy Woodson.

The Crusaders will fly to Hawaii to battle the Warriors on Thursday-Saturday nights, April 21-23 in a three-game series on the team’s bye weekend from Horizon League competition.  Hawaii won the Western Athletic Conference tournament title and earned a berth in the NCAA Regionals one year ago.

“Going to Hawaii is a nice send off for our seniors, which were a part of my first recruiting class here at Valpo,” Woodson said.  “It should be an experience our guys will never forget.”

Valpo will head west earlier in the season as well when the Brown and Gold travel to California and Las Vegas as part of the annual two week spring break trip.  The Crusaders begin the trip February 25-27 with a four-game weekend set at Cal State Northridge, including a Saturday doubleheader.  March 1-2 the Brown and Gold will head north for a two-game midweek set against Cal State Bakersfield before traveling to Pomona, Calif. for a three-game series with Cal Poly during the middle weekend.  Valpo then heads to Las Vegas where the Crusaders will face UNLV in a four-game, three-day series, including a doubleheader on March 12.

“It think we have put together one of the more challenging schedules since I have been here,” Woodson added.  “We the amount of travel we have, it should help us come together as a team.”

Valparaiso’s 2011 schedule opens February 18 as Valpo begins a three-game weekend series at Austin Peay.  The Crusaders then head west for the spring trip, all part of a season-opening 23-game road trip.

Upon returning from UNLV, the Crusaders will head to Edwardsville, Ill. on the weekend of March 18-20, facing SIU Edwardsville for two games while playing Creighton on the middle day of the weekend.  Horizon League then begins March 25 at Butler.

The Crusaders end the season-opening road trip March 30 at Northwestern before hosting UIC on April 1-2 for their home-opening series.  Valpo will play 17 games at Emory G. Bauer Field this season, including a visit from Purdue on April 26.  The home slate comes to a close May 14 with a doubleheader against Milwaukee, and the Brown and Gold close the regular season a week later with a three-game series in Milwaukee.

This year’s Horizon League Tournament is set for May 25-29 in Dayton, Ohio, hosted by Wright State.