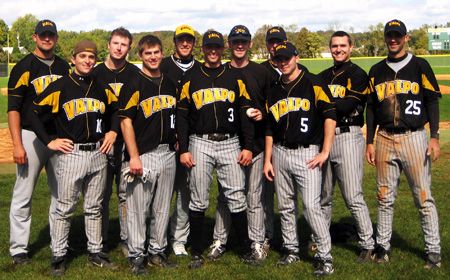 "It is always great to see our former players," said head coach Tracy Woodson. "We value each and every one of them as they are the ones that are part of the history and tradition of this program.  We want them to be proud of where our program is and where we are headed.”

On Saturday, nearly 100 golfers gathered for baseball’s alumni and parents golf outing at the Course at Aberdeen to kick off the weekend.  The foursome of Justin Frane, Joyce Frane, Jeff Frane, and Kennedy Hartsfeld shot 13-under par (59) to take home the team championship. Following a close second was the team comprised of Adam Piotrowicz, Jeff Mendenhall, and Colin Denihan who shot 11-under par (61).

The weekend concluded with the alumni game that took place on Sunday morning.  The alumni fell to the current Crusaders at Emory G. Bauer field by the score of 5-1.

Former Crusader standout and current assistant coach, Dallas Cawiezell, kept the current team off the scoreboard throwing three shutout innings.  However, the bats heated up after that and the 2010 Valparaiso baseball team was able to plate five runs in the fourth inning.  The inning was highlighted by a lead-off double from junior shortstop Bobby Martin, an RBI single by senior catcher Robbie Robinson, and a RBI triple by junior outfielder Steven Scoby.

The alumni plated their run on a sacrifice fly by Cawiezell.  Patrick Bracco and Michael Arensdorff each had two hits each for the alumni.