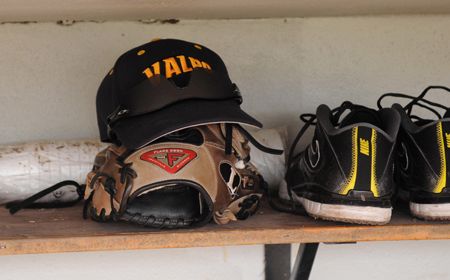 The Crusaders participated in the 60-yard dash, showcased their infield and outfield skills, and worked out with catchers and pitchers throwing.  They then took batting practice to finish the day.

"It is exciting to have this many scouts here,” Crusader head coach Tracy Woodson said. "When you have scouting directors and national cross-checkers at your scout day, it only confirms the direction that our program is headed.  We have the type of players here at Valpo that can play at the next level."

The Crusader baseball team will wrap up its fall practice schedule with the annual Brown and Gold Fall World Series, which is scheduled to begin today (Oct. 14), at 3 p.m. Game two of the series is slated for Friday at 3 p.m., while game three (if necessary) will be played on Saturday at 11:00 a.m.