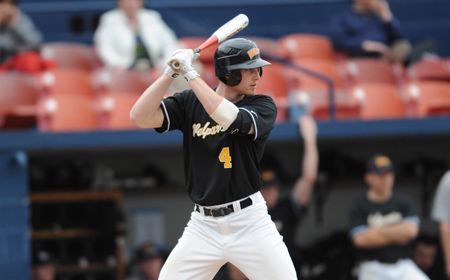 Gaedele, a Second Team All-Horizon League selection, batted .373 for the Brown and Gold last season with seven homeruns and 63 runs batted in.  He added 19 doubles and eight triples during his sophomore season while successfully stealing 17 bases without being caught.  The only Crusader to appear in and start all 56 contests, Gaedele posted a .429 on base percentage and a .610 slugging percentage.

Gaedele, who also was named to the Horizon League All-Tournament Team, enters his junior season batting .333 for his career at Valpo with 10 homers and 82 RBIs.

Valparaiso opens its 2011 season Feb. 18-20 with a three-game series in Clarksville, Tenn. against Austin Peay.  The Crusaders’ home opener is set for April 1 against UIC at Emory G. Bauer Field.