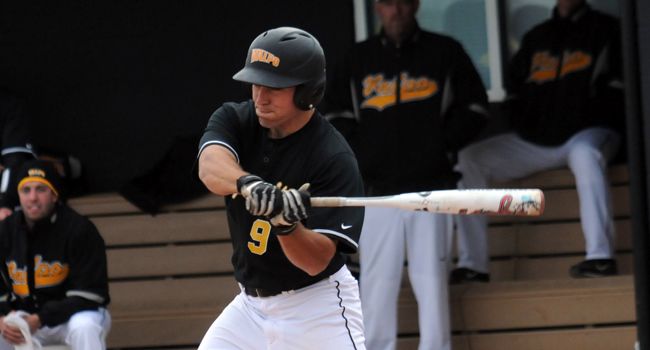 Up Next in Crusader Baseball: Valparaiso steps out of Horizon League play for time in 2011 as the Crusaders head to DeKalb, Ill. on Tuesday afternoon to battle the Huskies of Northern Illinois.  The Crusaders enter the game winners in 17 of their last 21 games dating back to a March 30 victory at Northwestern.

On the Air: Tuesday’s game at Northern Illinois will not be carried live online or over the airwaves.  Live stats will also be available through www.valpoathletics.com for each game this season.

Head Coach Tracy Woodson: Tracy Woodson, the 16th head coach in Valparaiso University history, is in his fifth season at the helm of the Crusaders and has a 115-148 (.437) record both for his career as well as at Valpo.  Woodson ranks fourth in school history for career wins by a head coach.  A member of the Los Angeles Dodgers 1988 World Champion team, he has also managed in the minor leagues through the AAA level.

Probable Starters: Kevin Upp (RHP, 2-0, 2.45) will be handed the ball for the Crusaders on Tuesday against the Huskies.  Northern Illinois will counter with Alex Klonowski (RHP, 1-0, 6.75).

Series Notes: Northern Illinois holds an 18-11-1 all-time advantage against the Crusaders dating back to 1946.  Valpo has won three straight in the series, including a 10-7 triumph over the Huskies on May 11, 2010 at Emory G. Bauer Field.

Wrapping Up Recent Action: Valpo opened the weekend splitting a doubleheader on Saturday with Butler.  The Bulldogs scored six times in the seventh inning of the opener to rally for an 8-6 victory over the Crusaders, capitalizing on three Valpo errors in the frame.  Game two of the twinbill saw Valpo jump on top from the first pitch of the bottom of the first and down Butler 11-4.  In Sunday’s doubleheader, the Crusaders received a pair of complete game efforts on the way to a sweep of Cleveland State.  The Brown and Gold defeated the Vikings 5-1 in the opener before scoring two runs in the sixth of the night cap to earn a 2-1 victory to complete the five-game season sweep.

Scouting Northern Illinois: The Huskies suffered a three-game weekend sweep in Mid-American Conference action over the weekend at the hands of Central Michigan.  Tuesday’s game against the Crusaders is Northern Illinois’ only home contest in a nine-game span.  Alex Jones leads the Huskies offensively, batting .349 with 14 doubles and 35 runs batted in.  Jeff Zimmerman is hitting at a .327 clip with 31 RBIs for a squad with a .275 team batting average.  Northern Illinois’ pitching staff has posted a 5.29 earned run average on the season while opponents are batting .292 against the staff.  Kyle Glancy leads the team with a 2.05 ERA in 17 appearances, recording eight saves.

Who Needs a Bullpen: Valpo hurlers Jon Gulbransen and Tyler Deetjen both tossed complete games for the Crusaders against Cleveland State on Sunday.  Valpo starters completed all five games against the Vikings in the five-game season series sweep this season.  The Crusaders have now logged eight complete games on the season, led by Deetjen’s four in his 11 starts.

Manning’s a Tough Out: Chris Manning reached base in eight straight at bats for the Crusaders to start the Butler doubleheader.  The freshman had four hits in four at bats in the opener before adding two more hits to start game two.  He then drew a pair of walks in at bats number three and four before finally being retired in his final at bat of the day.

Hagel On Fire: Will Hagel has been swinging a hot bat over his 14-game hitting streak which is the longest active streak on the team.  During the span he is batting .472 (25-for-53) with 19 runs batted in, a homer, four doubles, and two triples.  He has also scored nine times and has tallied nine multi-hit contests in the 14 games.

Bats Heat Up in League Play: Valparaiso is hitting a sizzling .301 in Horizon League action this season, second in the conference to just Wright State’s .351 clip.  Will Hagel leads seven regulars batting .300 or higher against league foes, hitting at a .373 clip.

Pitching Shuts Down the Horizon League: Valpo’s pitching staff has been solid throughout conference play.  The hurlers have posted a 2.22 ERA in 16 league games, allowing conference foes to hit just .220 against them.  More impressively, Crusader pitchers have struck out 115 while walking just 35.

Eight Innings is All It Takes: Valpo is 17-1 when leading after eight innings this season.  On the other hand, the Crusaders are 0-20 when trailing heading into the ninth and 0-17 when trailing after seven innings.

Senior Day Set: Valparaiso will celebrate Senior Day on May 14 for the final home doubleheader of the season against Milwaukee.  Festivities honoring this year’s senior class will begin at approximately 11:45 a.m.

Racking Up Miles: With trips to California and Hawai’i on the schedule this year, Valpo is racking up the frequent flyer miles.  Barring rain outs, the Crusaders will be at 16,505 miles by the time the Brown and Gold returns from the Horizon League Tournament at the end of May.

Quite a Turnaround: After starting the season 1-17, Valpo has posted a 19-6 record over the last 25 games. The Crusaders have pulled to within three games of the .500 mark with 11 regular season contests as well as the Horizon League Tournament still to be played.

The Islands Know of Valpo: Valpo’s series victory over the Rainbows drew a paid attendance of 10,648 over the three games, the largest three-game series attendance in known history.  In addition, the series finale on Saturday drew 4,494, in what is believed to be the largest sell out crowd the Crusaders have ever played in front of on the baseball diamond.

Don’t Blink or You’ll Miss It: Valparaiso’s baseball game times continue to move along.  The Crusaders are averaging just 2:19 for the 38 nine-inning games in which they have played this season.  Valpo has gone over three hours just four times this year, two of which were 11-inning contests.

Gulbransen Moving Career List: Jon Gulbransen has moved into second place on Valpo’s career innings pitched list with 302.0 at Valpo, passing Tim Holmes (1984-1987).  He needs just 12.2 more innings to match Harvey Yergin (2004-2007) as the career record-holder at Valpo.  His 17 career victories are also seventh all-time in a Crusader uniform.  Gulbransen’s next win will move him into a tie for fourth on the career charts.

Career Lists Part Two: Jon Gulbransen also continues to climb the career strikeouts list at Valpo.  The southpaw has fanned 252 hitters during his career,  passing Bryce Shafer (2008-2010) for fourth on the career charts.  The southpaw is just one strikeout behind Shawn Barker (1987-1990) for third place on the all-time list and 42 out of the second spot.

Also a Thief: Kyle Gaedele also is tied for third on the school’s career stolen base list with 46 over his first three years with the Brown and Gold.  He has been caught just five times in his career, and his 21 thefts this season are tied for fourth most on Valpo’s single season charts.

This and That: Will Hagel has reached base safely in 16 straight games while Steven Scoby and Andrew Bain have reached in 10 consecutive contests ... Hagel now has 16 multi-hit games and nine multi-RBI games, both of which lead the team ... Valpo has allowed two runs or less 16 times this year.