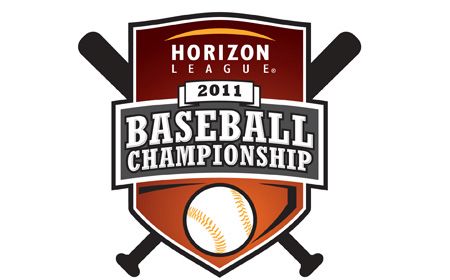 Up Next in Crusader Baseball: Postseason baseball begins on Wednesday for Valparaiso as the Brown and Gold begins play at the Horizon League Tournament.  The fourth-seeded Crusaders will battle fifth-seeded Butler to kick off the double elimination tournament beginning at 10 a.m. from Nischwitz Stadium in Dayton, Ohio.

Head Coach Tracy Woodson: Tracy Woodson, the 16th head coach in Valparaiso University history, is in his fifth season at the helm of the Crusaders and has a 117-155 (.430) record both for his career as well as at Valpo.  Woodson ranks fourth in school history for career wins by a head coach.  A member of the Los Angeles Dodgers 1988 World Champion team, he has also managed in the minor leagues through the AAA level.

Wrapping Up Last Weekend: Valparaiso wrapped up the regular season last week in Milwaukee, dropping a pair of extra inning games before winning the series finale.  The Panthers posted a 4-3 10-inning victory on Thursday before winning game one of Friday’s twinbill 6-5, also in 10 innings.  The Crusaders closed the regular season with a season-high 14 runs and 18 hits in a 14-2 win over Milwaukee in game two on Friday.

Valpo in the Horizon League Tournament: In Valparaiso’s fourth season as a member of the Horizon League, the Crusaders have posted a 6-6 record all-time in the conference tournament heading into this year’s championship event.    Last year Valpo hosted the event at U.S. Steel Yard in Gary, Ind. where the Crusaders went 2-2, finishing in third place.  Valpo has posted at least one tournament victory all-time against everyone in this year’s field, with the exception of Milwaukee.  The Brown and Gold is 0-4 against the Panthers in tournament play, having been eliminated by Milwaukee all three years.

Robinson Swings Hot Bat to Close Season: Robbie Robinson batted .556 (10-for-18) over the final two weekends of the season against Milwaukee.  The senior had two doubles, a home run, and drove home six runs in the five games.  He posted a .636 on base percentage after being hit by two pitches and drawing two walks as well.  Robinson also scored twice.

Hagel Valpo’s Top All-Around Producer: Will Hagel has been one of Valpo’s top offensive threats throughout the season.  He enters the Horizon League Tournament batting a team-leading .316 with 41 runs batted in.  He has reached base safely in 25 consecutive games dating back to April 6 against Wabash.  During the streak Hagel is batting .413 (38-of-92) with 29 runs batted in.  He has posted a .468 on base percentage over the 25 games as well.

Manning Gets Runs Home: Freshman Chris Manning has done his job plating runners on third with less than two outs during his rookie season.  He is 12-for-15 (.800) in scoring the run this season, including just one sacrifice fly.

An Offensive Explosion: Valparaiso erupted for team highs with 14 runs and 18 hits in the regular season finale at Milwaukee last Saturday afternoon.  The Crusaders finished the regular season scoring 10 or more runs in seven different games, the last six of which were Valpo victories.  The Brown and Gold scored 13 runs and had 17 hits, its previous highs in both categories, in a 13-4 win over UIC on April 3 at Emory G. Bauer Field.

Lots of Multi-Hit Games: In the 18-hit barrage at Milwaukee, six different Crusaders had multi-hit efforts to aid the offense.  Chris Manning, Robbie Robinson, Ryan O’Gara, and Michael Morman each had three hits a piece while Kyle Gaedele and Bobby Martin had two each.

More on the Offense in the Win: Valpo scored at least one run in eight of the nine innings against the Panthers in the 14-2 triumph.  After not scoring in the sixth inning, the Crusaders posted a five spot in the ninth to make up for the scoreless inning.  Valpo had even more opportunities to score in the game, but left a season-high 19 runners on base.

Solid Pitching in the Horizon League as Well: Valpo’s pitching staff has also been solid since conference play began.  Crusader hurlers have posted a 2.87 ERA in conference action while limiting opponents to a .257 batting average.  Valpo’s ERA in non-conference play was 4.85.

Pencil Them in the Lineup: Chris Manning has started all 52 games for the Crusaders in centerfield while Kyle Gaedele has been in the starting lineup for every game as well for the Brown and Gold in rightfield.  Steven Scoby has started 51 of the 52 games in left, giving Valpo a consistent outfield throughout the year.

More Than One: Will Hagel leads the Crusaders with 19 multi-hit games on the year.  He also has a team-leading 11 multi-RBI games, including three three-RBI contests on the season.

Martin’s Hit Streak Reaches 14: Bobby Martin has hit safely in each of his last 14 games entering the final weekend, dating back to the final game of the series at Hawai’i on April 23.  During the streak, the junior college transfer is batting .404 (21-for-52) with eight runs scored.  He has raised his average 54 points during the streak to .269.

Finishing What They Start: Valpo’s pitching staff has tossed 10 complete games already this season, led by Tyler Deetjen and Damon McCormick with four each.  Jon Gulbransen and Justin Frane each have a complete game as well for the Brown and Gold.

Gaedele On Extra Base Charts: Kyle Gaedele has moved into fifth place on Valpo’s career doubles list with 45 two-baggers.  He is six doubles behind J.J. Swiatkowski (1997-2000) for fourth on the career list.  Gaedele is also tied for third on the triples list with 12, one three-bagger Robert Skaltsas (1974-1997) for second all-time.

Don’t Blink or You’ll Miss It: Valparaiso’s baseball game times continue to move along.  The Crusaders are averaging just over 2:20 for the 44 nine-inning games in which they have played this season.  Valpo has gone over three hours just four times this year, two of which were 11-inning contests.

This and That: Kyle Gaedele ranks among the top-10 in the Horizon League in nine different statistical categories ... Gaedele is hitting .327 for his career at Valpo while Will Hagel is a .313 career batter ... Valpo played just one neutral site contest this season, a 1-0 loss to Creighton on March 19 in Edwardsville, Ill. ... Kevin Wild is the only Crusader pitcher to appear in more than 15 games this season, having seen action in 18 contests ... Valpo finished in fourth place during the regular season, the exact same position the Crusaders were predicted to finish in the preseason poll of the league’s head coaches.