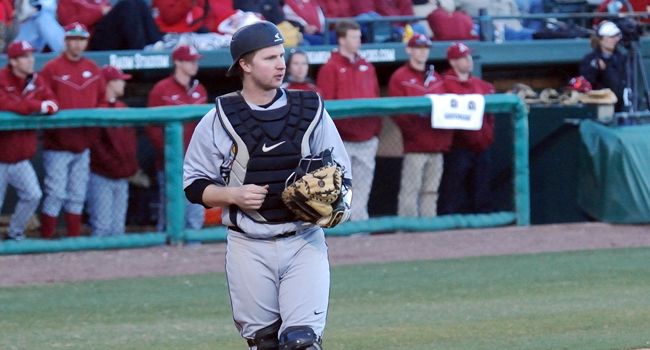 In a game that saw both teams go scoreless for 10 straight innings, Indiana State plated the winning run in the bottom of the 16th inning on Tuesday evening to post a 2-1 victory over Valparaiso at Bob Warn Field in Terre Haute, Ind.

“This was a well-played game,” head coach Tracy Woodson said.  “Both teams had opportunities on the night; we just didn’t take advantage of ours.”

Indiana State (29-9) scored first in the bottom of the third on a two-out single by Tyler Wampler that scored Jeremy Lucas.  That would be the Sycamores’ lone run until the 16th.

Valpo answered in the fourth as Spencer Mahoney (LaGrange Park, Ill./Lyons Township H.S.) scored on a single by Billy Cribbs (Rochester, Mich./Rochester H.S.) after moving to third on a balk.

Both pitching staffs worked out of jams throughout the night, as the Sycamores threw out two Crusaders at the plate and Andrew Bain (Indianapolis, Ind./Park Tudor H.S.) saved a run in the 15th with a defensive play ranging far up the middle.

The Sycamores won the game in the 16th after back-to-back walks and a bunt by Jeff Miera that was thrown down the right field line for an error, which scored Kyle Burnan.

The Crusaders tallied 18 hits on the day, the sixth straight double figure hit total for the Brown and Gold.  Will Hagel (Arlington Heights, Ill./Prospect H.S.), Manning, and Mahoney each had three hits to pace the offense.  Indiana State finished the game with 12 hits.

“We swung the bats okay today and didn’t strike out much,” Woodson added.

“We pitched outstanding,” Woodson concluded.  “We threw strikes.  It’s tough to lose games like this when you have the opportunities.”

Valparaiso (15-20) will return home on Friday to begin a three-game series against Butler.  First pitch is slated for 3 p.m. at Emory G. Bauer Field.