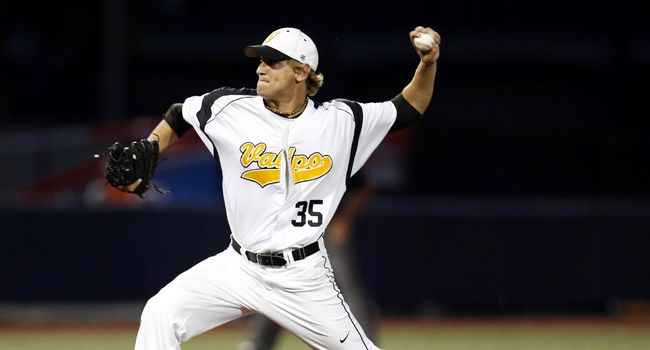 “Deetjen’s a guy that helped us for four years build our program, culminating with our Horizon League championship and NCAA Tournament appearance this year,” Valpo head coach Tracy Woodson said.  “This is a great opportunity for him.”

A southpaw, he was a Second Team All-Horizon League pitcher for the Crusaders in 2012 and named to the Horizon League’s All-Tournament Team.  He went 8-3 with a 3.12 ERA, with both the win total and ERA ranking second in the league.  He set a school record pitching 121.1 innings on the season and ranked third in the conference with 65 strikeouts.

Deetjen ranked fourth in all of NCAA Division I with a 0.82 walk per nine inning ratio, allowing just 11 total free passes.  He also was 18th in the nation with a 5.91 strikeout-to-walk ratio.

“He’s a kid that throws strikes and relies upon his defense,” Woodson added.  “He deserves this chance and I’m excited for him.”

For his career at Valpo, Deetjen made 56 total appearances in four years, making 45 starts.  He posted a 17-15 record with seven complete games.  His 17 victories rank him eighth on the career charts.  Deetjen ranks third all-time having pitched 311.1 innings in a Brown and gold uniform, striking out 171 and walking just 47.