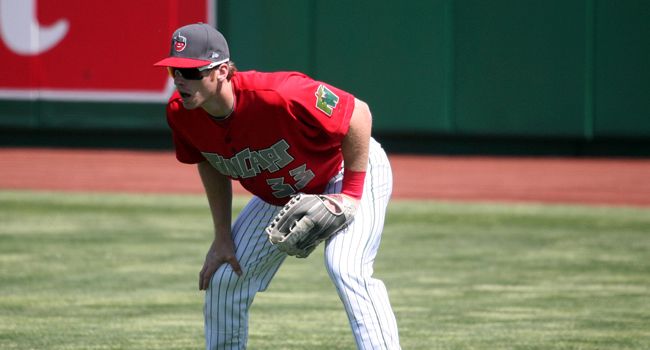 Three former Valparaiso University baseball players are off to solid starts with their professional teams in 2012.  Kyle Gaedele (2009-2011) is playing for the Fort Wayne Tincaps, the Class A affiliate of the San Diego Padres while Bryce Shafer (2008-2010) is playing for the Boise Hawks, the Class A short-season affiliate of the Chicago Cubs.  In addition, Tyler Deetjen (2009-2012) has joined the Gary SouthShore RailCats over the last week and has made two appearances for the independent league team.

“It’s good to see these guys performing at the next level,” Valparaiso head coach Tracy Woodson said.  “It’s a transition for them moving up to professional baseball and it looks like these guys are starting to turn the corner.”

Gaedele has hit safely in nine of his last 10 games for the Tincaps, and had a season-long eight-game hitting streak come to an end on July 2.  During the 10-game span, Gaedele is batting .382 with seven runs batted in.  Recovering from a slow start to the season, the former Crusader outfielder has played in 77 games, batting .220 on the year.  He has hit two home runs, driven home 23 runs, and has 11 doubles and five triples.  Gaedele has also stolen 11 bases.

Shafer has made six appearances for the Hawks out of the bullpen, recording a pair of saves.  He has not allowed a run while at Boise in 6.1 innings of work, while striking out five.  Shafer began the season with the Peoria Chiefs, the Cubs’ Class A affiliate, pitching in 10 games.

Deetjen was signed by the RailCats last weekend and earned his first professional victory on the Fourth of July, pitching three innings of relief, allowing just one run.  He made a start in game one of a doubleheader in his professional debut, and has posted a 4.05 ERA in 6.2 innings of work to open his career, striking out two.