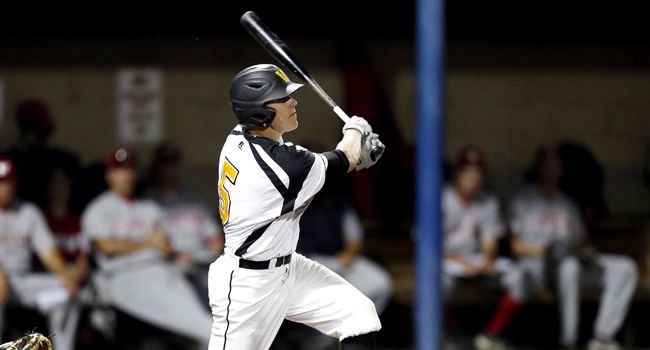 The Valparaiso University baseball team held game two of its Fall World Series on Tuesday afternoon, with Team Bain defeating Team Wormington by a score of 7-3 to even the series at one game apiece.

Team Wormington answered back in the top of the second inning as Billy Cribbs (Rochester, Mich./Rochester) had an RBI single to score Andrew Bynum (Huntington Beach, Calif./Ocean View), who had doubled earlier in the inning.

However, Team Bain continued to put runs on the board, highlighted by a third inning which produced singles by both Vavra and Michael Morman (Rockford, Ill./Boylan Catholic ) followed by a Mahoney triple. Once again, Team Wormington responded in the top of the fourth with a two-run homer by Bynum. But that would be as close as Team Wormington would get as Team Bain scored a run in the bottom of the fifth and two runs in the sixth.

Team Bain was led by a trio of hitters: Mahoney, who finished the day 3-for-4 with three RBIs; Vavra, who was also 3-for-4 with a double and two runs scored; and Morman, who contributed a 2-for-3 day at the plate with an RBI, two walks and three runs scored.  Freshman Trevor Haas (Chicago, Ill./Hersey) earned the win on the mound, going 4.1 innings giving up just five hits and striking out three. Sophomore Zack Walsh (Batesville, Ind./Batesville) got out of a second and third with one out jam with a strikeout and popup in the fifth inning. He also pitched a scoreless sixth and was followed by junior Sean Kennedy (Gurnee, Ill./Warren Township), who finished the game with an easy seventh inning, striking out two.

Team Wormington was led offensively by Bynum, who went 2-for 3 with a double, a two-run homer, and two runs scored. Cribbs added two hits and an RBI.

Game three of the Fall World Series will take place on Thursday afternoon at 3:15 p.m. at Emory G. Bauer Field.