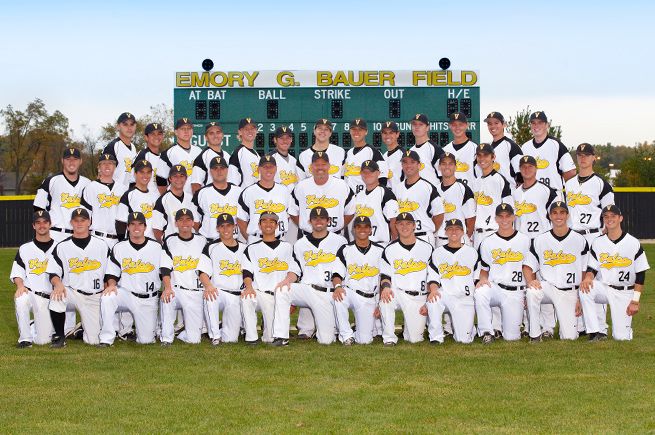 The University of Arkansas just edged out the North Carolina Tar Heels for the top spot.  Valpo traveled to Fayetteville last season where the Crusaders won an exciting extra-inning affair in late February against a Razorback team that finished the 2012 campaign with 46 wins and a third-place finish in the College World Series.

The nomination comes after a season where Valpo tied a school record in wins with 35 and an appearance in the NCAA Tournament for the first time since 1968.  The Crusaders were the lone Horizon League team recognized.

The poll represents a testament to the strength of the 2013 schedule. Five of Valpo's first six games will be against teams that received votes in the survey.  The Crusaders open the season in Nashville the weekend of February 15th.  Two games against the vote-receiving Belmont Bruins await them.  Valpo will fly out to California the following weekend to play the Long Beach State Dirtbags for three games.

Arizona State was voted #16 coming off a 36-20 season. Valpo will jet to Tempe to take on the Sun Devils April 19th-21st for a weekend series.  The Crusaders will battle the University of South Florida Bulls on March 8th-10th in a three-game set.  USF also received votes.

Mid-week tilts against Notre Dame and Toledo round out an ambitious non-conference slate.