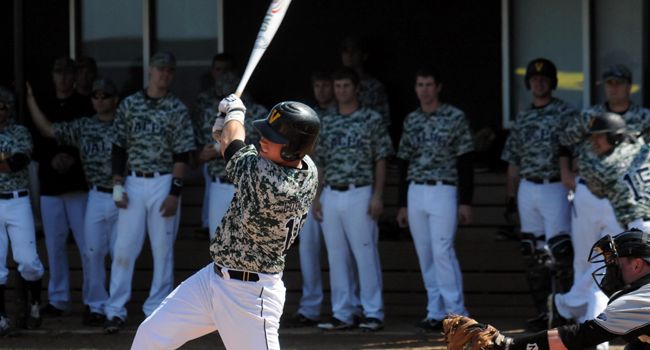 The Valparaiso baseball team couldn't push across a run after loading the bases with one out in the top of the second, and then surrendered six runs with two outs in the bottom half of the frame as Belmont downed the Crusaders, 7-3, Sunday afternoon in Nashville, Tenn.

Valpo loaded the bases without the benefit of a hit in its half of the second, as John Loeffler (Burnsville, Minn./Burnsville [Des Moines Area CC]) walked and both Andrew Bynum (Huntington Beach, Calif./Ocean View [Orange Coast CC]) and Billy Cribbs (Rochester, Mich./Rochester) were hit by pitches. But a strikeout and a groundout ended the Crusaders' hopes of jumping on top early.

Belmont took control with six runs in its half of the second. The Bruins led off the frame with back-to-back base knocks, and following a pop-out, loaded the bases thanks to a walk. Crusader starter Chris DeBoo (Chula Vista, Calif./Otay Ranch [Cal State Northridge]) got a strikeout to move within one out of exiting the frame unscathed, but Belmont rattled off a single, a triple and a two-run homer in order to score six runs and take a 6-0 lead.

Valpo moved back to within four with a pair of scores in the top of the sixth. Bynum tallied an RBI single to plate Michael Morman (Rockford, Ill./Boylan Catholic) and, later in the inning, Loeffler crossed the plate on a base knock by Mark Johnson (Evanston, Ill./Evanston Township). The Crusaders still had the bases loaded with one out following Johnson's run-scoring single, but could not close closer than 6-2 as a pair of outs closed the inning. Belmont added its final run on a two-out RBI single in the seventh, while the Crusaders closed out the scoring in the eighth on a sacrifice fly by Andy Burns (Edwardsville, Ill./Edwardsville [Heartland CC]).

Bynum and Johnson each accounted for two of Valpo's six base hits, while Loeffler drew three walks on the afternoon. DeBoo took the loss on the mound for the Crusaders, falling to 0-1 after surrendering six earned runs in five innings of work. James Buckelew earned the win in his season debut for Belmont (3-0), going 5.1 innings.

Valparaiso (1-2) heads out west next weekend for a three-game series at Long Beach State. Game one of the series is set for Friday afternoon at 8 p.m. CT.