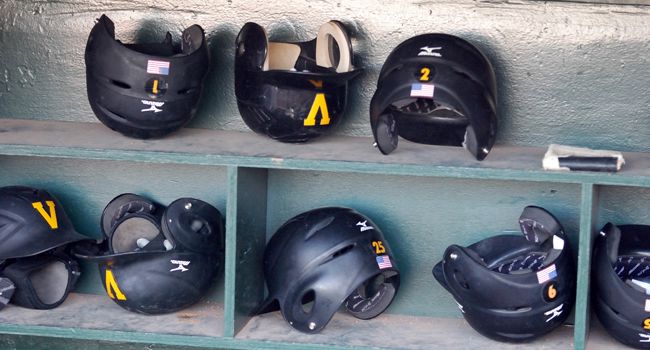 The Crusaders received another strong outing from a starter as Chris DeBoo finished the day allowing two runs on nine hits over seven innings. The fifth-year senior struck out two Dirtbags and did not issue a walk.

But again it went for naught as Valpo dropped the series finale to Long Beach State 2-0 Sunday afternoon.

The starting rotation held up its end of the bargain this weekend combining for 19 innings, while surrendering just five earned runs, good for a 3.32 ERA, but an 0-3 record.

Through the first five innings of Sunday's game, the leadoff man reached base three times, yet Valpo (1-5) had nothing to show for it as six Crusaders were left stranded.

Long Beach State (5-3) struck first for the third time in as many games when Ino Patron led off the bottom of the 2nd inning with a double to right center field.  Richard Prigatano singled up the middle on the very next delivery from DeBoo, plating Patron.  Prigatano finished with a 3-for-3 day.

The Crusaders best scoring chance came the following inning when Bryce Hara led off the frame with an infield single.  A wild pitch advanced him to second base before first-baseman Andrew Bain drew a walk.  Tanner Vavra moved the runners over with a sacrifice bunt giving Chris Manning and the red-hot Andrew Bynum prime RBI opportunities.

However, Jon Maciel (1-1) struck out Manning swinging, and Bynum grounded out to end the 3rd inning, leaving the Crusaders with a familiar, empty feeling.

After the squandered opportunity in the 3rd inning, the Crusaders had just one baserunner reach second base.  Valpo has now left 51 runners on base through the first six games.

Maciel retired his last eight batters in a row en route to his first victory of the season.  The junior righty struck out seven Crusaders in seven innings, while walking three and allowing four hits.

Eddie Magallon worked a perfect 9th inning for his first save.

DeBoo was the hard-luck loser despite throwing an economical 72 pitches over the seven innings.  His record fell to 0-2.

Karch Kowalczyk threw a scoreless 8th inning, his only blemish a hit-by-pitch on a 1-2 delivery to Colby Brenner.

Valparaiso returns to northwest Indiana for four days before beginning its 17-day, 13-game spring trip.  The Crusaders will begin the stretch by taking on St. Bonaventure Saturday, March 2nd at 10:00 am CST in Port Charlotte, Florida.  The Bonnies are currently 0-2 after dropping their opening series against South Dakota State.