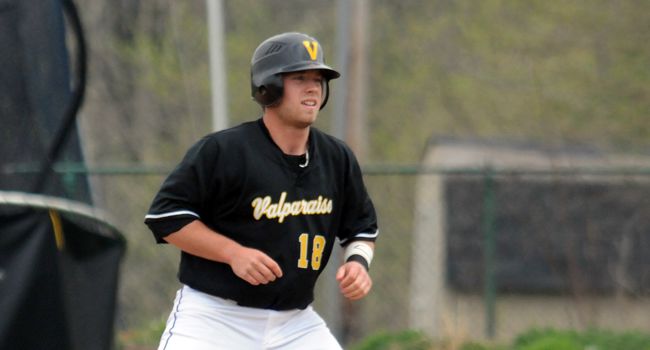 Five Crusaders crossed the plate in the first inning as Valpo sailed to a 7-1 win over Navy in a neutral-site tilt Wednesday morning in Auburndale, Florida.

The Midshipmen didn't record an out until sixth-place batter Elliott Martin grounded into a 1-2 fielder's choice that removed designated hitter Andrew Bain from the bases.  A Billy Cribbs infield single, an error by starting pitcher Brad Borosak, and a walk to leadoff batter Spencer Mahoney followed in a sloppy first-inning for Navy.

When all was said and done, Valpo brought eleven batters to the plate, recorded four hits, two walks and were the beneficiaries of two Midshipmen errors in the five-run inning.

Lefthander Dalton Lundeen (1-0) kept the momentum in the Crusaders' corner working a speedy 1-2-3 top of the 2nd inning.

Borosak collected himself after the tumultous first inning and retired eleven Valpo batters in a row at one point, utiliziing a medley of off-speed pitches.

The first Navy scoring threat came in the visitor's half of the 5th inning when leadoff batter Robert Currie came to the plate with the bases loaded and one out.

The freshman kept Navy off the scoreboard until his final inning of work.  Kash Manzelli scored in the 7th on a sacrifice fly off the bat of second baseman Ryan Moody.

Valpo center fielder Bryce Hara got in on the fun with a solo home run in the bottom half of the 7th.  The no-doubter to right was Hara's first of the year.

Hara and first baseman John Loeffler both enjoyed two-hit games for the Crusaders.

"Jumping on them early was nice, but we have to keep the pressure on.  We can't stay complacent," head coach Tracy Woodson said.

Valparaiso (5-10) won't have to wait long to heed their skipper's advice. Valpo takes on the Yale Bulldogs seven hours after the conclusion of this game at Chain of Lakes Park in Winter Haven.