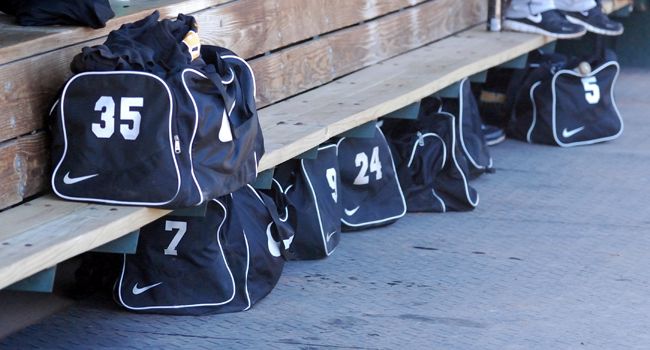 Cole Webb’s string of poor run support continued as the junior tossed a complete game, scattering three hits, striking out seven and walking just one.  The right-hander threw exactly 100 pitches on the day, inducing 14 groundball outs in the process.

The only run of the game came in the Blazer half of the 4th.  Outfielder Ivan DeJesus doubled down the left field line with one out.  He stole third base on the following at-bat.  The next pitch was in the dirt and snuck between the legs of catcher Billy Cribbs, scoring DeJesus.

Bryant was brilliant all game with an upper 80’s fastball and a devastating changeup.  He retired the first fifteen Crusaders in order before an Elliott Martin single broke up the perfect game and no-hit bid in the top of the 6th inning.

It appeared as though Valpo was given a gift in the eighth inning when UAB skipper Brian Shoop pulled Bryant after seven innings of one-hit ball.

Chase Mallard came on in relief and allowed leadoff singles in both the eighth and ninth frames.

After Spencer Mahoney singled between the shortstop and third baseman, Tanner Vavra was hit with an errant fastball just below the neck to set up runners on first and second with no outs.  Bain laid down a bunt that Mallard fielded and fired to third baseman John Frost.  The aggressive play erased Mahoney from the basepaths as the throw beat him by a step.

Head coach Tracy Woodson called the hit and run with John Loeffler at the plate and the left-hander swung and missed at a fastball up and out of the zone.  Vavra made it two-thirds of the way to third base before turning around and getting tagged out for the second out of the inning.

The count later ran to 3-1, and Loeffler was issued an intentional pass.

Michael Morman stepped to the plate with Bain representing the tying run at second base, but the outfielder struck out to end the game.

Webb (2-3) lowered his staff-best ERA to 1.70.  The Valpo offense has supplied him with just nine runs in five starts.

“When you fail to execute, you’re not going to win games.  That has been our strength so far and we failed to do so today.  It’s tough to watch a kid pitch his rear end off and not get the win,” Woodson said.