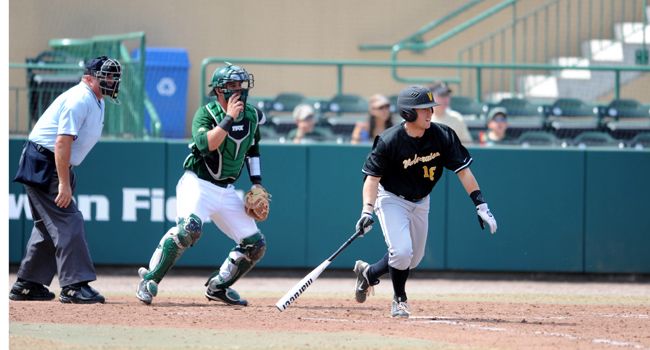 This Week in Crusader Baseball: After a win in its home opener Monday, Valpo lost a devastating tilt 3-1 Wednesday at 20th-ranked Notre Dame. Valparaiso resumes Horizon League play as UIC comes to town. Valpo had the Flames’ number last season going 6-3 against Mike Dee’s club. The Crusaders need to gain ground this weekend if they wish to retain their regular season crown. The end of this series represents the halfway mark of the 2013 season.

Head Coach Tracy Woodson: Tracy Woodson, the 16th head coach in Valparaiso University history, is in his seventh season at the helm of the Crusaders and has a 165-199 (.453) record both for his career as well as at Valpo. Woodson ranks third in school history for career wins by a head coach. A member of the Los Angeles Dodgers 1988 World Champion team, he has also managed in the minor leagues through the AAA level.

Series Notes: The all-time series is tight between Valpo and UIC, with Flames owning a 54-50 edge; however, the Crusaders have won ten of the last fourteen meetings including a 14-5 rout on May 27th last year that sent Valpo to the NCAA Tournament. Valpo took both regular season series 2-1, and also went 2-1 against UIC in the Horizon League Tournament.

Scouting the Flames: UIC currently stands at 13-13 overall. The Flames took two of three from visiting Youngstown State on the first weekend of conference play.  Milwaukee came in the next weekend and shutout UIC twice before the Panthers dropped a one-run decision Sunday. The Flames opened the season with a 2-0 win over #24 Texas A&M in College Station. They also defeated a strong Indiana State club 6-2 last week. Starting pitching has ignited the Flames so far, as all three starters in this series sport sub-3.00 ERAs.

Sophomore Tomas Michelson joined the rotation this season and has been an innings-eater for UIC. The right-hander has worked 47 1/3 frames and his strikeout-to-walk ratio sits at a little better than two-to-one (31 K: 14 BB). Base runners have been successful eight times on nine attempts against him. Michelson made the start against Valpo in the first game of the 2012 Horizon League Tournament. He threw 7 1/3 innings in the 4-3 loss, allowing four runs.

Right-hander Ian Lewandowski will take the mound Sunday in the series finale. Mike Dee used Lewandowski exclusively out of the bullpen early on, but his numbers merited an audition in the weekend rotation. The freshman seized the opportunity, coming one out away from a complete game shutout against Western Illinois in his first collegiate start last Saturday at Les Miller Field. Lewandowski has surrendered just four extra base hits total in 33 1/3 innings.

Right fielder Ryan Boss and first baseman Alex Grunenwald supply the power for the UIC offense while former Crusader Ryan Shober and outfielder Tyler Detmer set the table. Boss and Grunenwald both tout eleven extra-base hits each while the latter leads the Horizon League in home runs with five and RBIs with 25. Detmer leads the team with a .326 batting average, which puts the sophomore sixth in the conference.

The Flames have enjoyed a 78% success rate stealing bases. Though the Crusader arms are not regarded as a strikeout staff, five UIC batters have tallied at least 20 Ks, and another with 19. As a team, they average more than seven strikeouts a game. Head coach Mike Dee has been a fixture in the UIC dugout since the 1999 season. In his 15th year, the Flames skipper has amassed a .566 career win percentage in the Windy City, though only one of his teams have finished above .500 the last three seasons.

Et Cetera: Through 27 games, Valpo has neither scored nor allowed double digits runs in a contest...At 10-17, the Crusaders sit one game ahead of where they were a year ago at this point...It was on April 5th, 2012 that the Crusaders opened a series against UIC. From that point forward, Valpo went 24-4 to close out the regular season...Cole Webb has turned in a quality start in all but one of his seven starts...Andrew Bain is 14-for-26 (.538) at the plate with runners in scoring position...Kyle Wormington has faced the Flames three times, owning a 1-2 record with a 3.13 ERA...Ryan Shober appears to have rediscovered his swing. After enduring an abysmal junior season where he went 11-for-96 (.115), Shober is now batting .273 and leads UIC in runs scored and stolen bases.