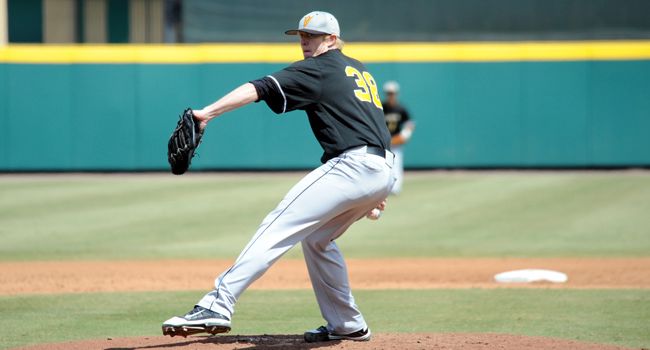 This Week in Crusader Baseball: After a frustrating series loss at home to UIC and a couple of rainouts, Valpo will take its aggression out on Horizon League foe Youngstown State Friday-Sunday at Eastwood Field in Niles, Ohio. If the Crusaders have any intention of retaining their regular season crown, a sweep is a good first step. After a number of chances to stay within striking distance of Milwaukee have slipped through the hands of the local nine, the Crusaders find themselves with their backs against the wall. This weekend should provide a litmus test for a team whose expectations have yet to be met.

On the Air: Video will be available courtesy of Penguin Vision through valpoathletics.com as well as live stats for all three games.

Head Coach Tracy Woodson: Tracy Woodson, the 16th head coach in Valparaiso University history, is in his seventh season at the helm of the Crusaders and has a 166-201 (.452) record both for his career as well as at Valpo. Woodson ranks third in school history for career wins by a head coach. A member of the Los Angeles Dodgers 1988 World Champion team, he has also managed in the minor leagues through the AAA level.

Series Notes: Valparaiso has Youngstown State’s number, leading the all-time series 39-14 (.736). The Crusaders swept both series last year including an 8-7 victory in extras on May 18th that clinched the regular season Horizon League title. Going back even further, the Crusaders have won eleven in a row over the Penguins. Valpo’s last loss to Youngstown State came on May 14th, 2010.

Scouting the Penguins: Youngstown State currently stands at 9-23 overall. The Penguins have split the first two games in each of their series thus far.  YSU most recently took two out of three against the first-place Milwaukee Panthers at home. The Penguins opened the season with losses in 11 of their first 13 games.

Senior Blake Aquadro, Friday’s starter, is no stranger to the Crusaders. The southpaw has worked six games including four starts against Valpo in his career. For his lifetime, Aquadro has thrown 20 innings, allowing 27 hits, 15 earned runs, eight walks, and seven strikeouts versus Valparaiso. Since his freshman year, Aquadro has neither walked nor struck out a Valpo batter in 9 1/3 innings pitched. He’s won one decision, while losing two all-time against the Brown and Gold. Aquadro has hit 12 batters in 42 innings pitched this season.

Patrick O’Brien gets the ball Saturday for the Penguins. The junior started against the Crusaders last May in Valpo in a 13-2 Youngstown State loss. He’s been the most reliable starter for the Penguins in 2013, allowing exactly one hit per inning pitched while walking just eight batters in 47 innings. While O’Brien has kept the free passes to a minimum, he has yielded a team-high five home runs.

Right-hander Lance Horner will take the mound Sunday in the series finale. First-year skipper Steve Gillispie used Horner exclusively as a reliever early on, but his numbers stuck out from a bullpen that has been the Achilles’ heel for the Penguins in 2013. Gillispie has yet to find a sure Sunday starter, but last Sunday’s performance against first-place Milwaukee earned Horner a second audition. He kept the Panthers to two runs in 4 2/3 innings pitched.

With Horner in the rotation, junior Nic Manuppelli is one of the few that lends credibility to the Penguin bullpen. The right-hander can throw it by batters, but command has been a concern for the closer (6 walks in 15 2/3 innings pitched)

First baseman Marcus Heath represents a power threat (4 HR) for Youngstown State, though a high strikeout-to-walk ratio hints that the junior is an all-or-nothing type. Shortstop Phil Lipari was named Horizon League Batter of the Week last week after going an impressive 8-for-10 with seven RBIs, four runs scored, and four stolen bases against Milwaukee. His 20 walks are second-most on the club. Junior infielder Nick Dinello is batting .320 with two doubles, two homers and 10 RBIs in just 50 at-bats.

Et Cetera: Through 30 games, Valpo has neither scored nor allowed double digits runs in a contest...Beginning Friday, the Crusaders enter a stretch of 15 games in 18 days...Cole Webb has turned in a quality start in all but one of his eight starts. He has received just 15 runs of support in those eight outings...Andrew Bain is 14-for-31 (.452) at the plate with runners in scoring position...It wasn’t until their 52nd game last season - Game 1 of the Horizon League Tournament on May 23rd - that the Penguins reached 9 wins.