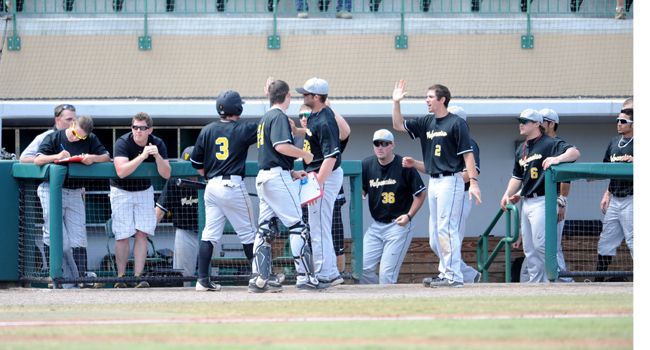 This Week in Crusader Baseball: After a series win on the road at Youngstown State and a warm-up win over Roosevelt, Valpo heads to the desert to take on the 9th-ranked Arizona State Sun Devils in Tempe. With Butler’s exodus from the Horizon League, this is the Crusaders’ weekend off from conference play. The last time Valpo faced a top-10 team was a year ago in Fayetteville, where the Crusaders won one out of three against eventual College World Series participant #4 Arkansas Razorbacks.

Head Coach Tracy Woodson: Tracy Woodson, the 16th head coach in Valparaiso University history, is in his seventh season at the helm of the Crusaders and has a 169-203 (.454) record both for his career as well as at Valpo. Woodson ranks third in school history for career wins by a head coach. A member of the Los Angeles Dodgers 1988 World Champion team, he has also managed in the minor leagues through the AAA level.

Series Notes: Friday evening is the first game ever between the Crusaders and the Sun Devils. Furthermore, Valpo has never played a Pac-12 team in school history.

Scouting the Sun Devils: Arizona State currently stands at 22-11-1 overall. The Sun Devils’ only series loss came at the hands of #3 Oregon State in Corvallis last month. ASU most recently took two out of three against the USC Trojans on the road. The Sun Devils also boast a 2-0 record against #2 Arkansas and series wins over #4 UCLA and #11 Oregon.

Valpo will have its hands full as it takes a seat at the big boy table. The Sun Devils are in the top 40 nationally in doubles, triples and slugging percentage. They’re also 60th in the country in home runs with 20. Kasey Coffman and Trever Allen’s five triples are third-most in Division I. Allen’s .564 slugging percentage puts him in the top 100 in the nation individually.

Trevor Williams gets the ball Friday for Arizona State. In his four wins, he has been one of the best in all of baseball registering a 0.55 ERA and a 0.67 WHIP. Conversely, Williams has been hit hard in his three losses, yielding 32 hits in 20 innings pitched to accompany a 6.30 earned run average and 1.75 WHIP. He has hurled three complete games (t-20th in the country) and his strikeout-to-walk ratio of 47-to-9 is 53rd best in D-I. Williams has yet to allow a home run in 65 innings pitched this season.

Valpo will face lefty Ryan Kellogg Saturday. The freshman has been the de facto co-ace for the Sun Devils in 2013. Kellogg is dominating both the Pac-12 and the rest of Division I baseball with a perfect 8-0 record. Only Tyler Beede of Vanderbilt has more wins. He has allowed just 44 hits in 59 1/3 innings pitched and walked only nine. Kellogg’s 0.89 WHIP is 29th-lowest in the country. He no-hit #3 Oregon State in Corvallis on March 23rd and would’ve had a perfect game were it not for two Sun Devil errors committed behind him.

Senior Alex Blackford will make his second start of the season Sunday in the series finale for Arizona State. The right-hander allowed only four hits and one earned run in six innings in his debut in the weekend rotation last week at USC. He has struck out 29 batters in 26 1/3 innings pitched, but has walked 17. With Blackford on the mound, base runners have been successful nine out of ten times. He touts a stingy .172 opponents’ batting average. Blackford also possesses a save.

Freshman Ryan Burr has been excellent in his role as closer for the Sun Devils. He’s saved seven games (42nd most in the country) and has struck out 33 batters in 24 2/3 innings pitched and surrendered only 10 hits.

Head coach Tim Esmay is in his fourth season with the Sun Devils. The Arizona State alum is 153-59-1 as the skipper in Tempe. He is the second-fastest coach to win 100 games in ASU history. The Sun Devils won the Pac-12 and made a College World Series appearance in 2010, his first season at the helm. He was subsequently voted Pac-12 Coach of the Year. In his first three seasons, Esmay has had 31 players selected in the MLB draft.

Et Cetera: Wednesday’s game versus Roosevelt was the first time this season Valpo scored double digits runs in a contest. The club has yet to allow double digit runs in a game...The Crusaders are in the midst of a stretch of 15 games in 18 days...Cole Webb has turned in a quality start in all but one of his nine starts...Andrew Bain is 17-for-39 (.436) at the plate with runners in scoring position...The Crusaders have four regulars that are batting .222 or below against lefties...The Sun Devils outscored Long Beach State 21-2 in a three-game sweep March 9th-10th. Valpo and Arizona State both enter the series with 52 errors.